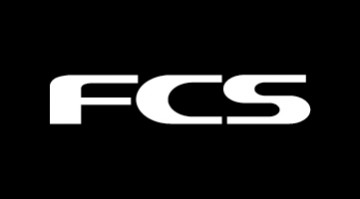 The new FCS II KA fin has a new, more mature aesthetic that ties back to his signature traction pad, yet the geometry and performance of the fin remains the same.

PERFORMANCE
Sitting in the Accelerator family, Kolohe’s signature fin is suited to fast, explosive surfing in punchy waves. Considered an ‘All Rounder +’, this fin has a neutral-high sweep angle, so it’ll provide a balance of speed, flow & response with added control.

The best way to describe Kolohe’s style of surfing is fast and explosive. He likes to push hard off the bottom and perform dynamic turns on and above the lip. The well balanced nature of the KA template facilitates this style of surfing perfectly.

TEMPLATE
In comparison to the Accelerator template, Kolohe’s fin has a longer base, a touch more rake, but has less area overall. So, while you can confidently lay into a big turn, the fin will still feel relatively loose. The sweet spot for this fin is when the waves have a little more size, up to double overhead.

“I can use my fin anywhere in the world, I get the perfect amount of drive and hold when I’m doing turns, and I can also get the tail free when I need to”.

CONSTRUCTION
Performance Core (PC) fins deliver a consistent feel similar to a traditional fibreglass fin, but with the advantage of reduced weight. The flex pattern extends progressively from the base through to the tip helping the surfer to maintain drive and hold through a turn. PC fins are reliable, very responsive, and can be used in a variety of different conditions.

The fins are available in SMALL | MEDIUM | LARGE 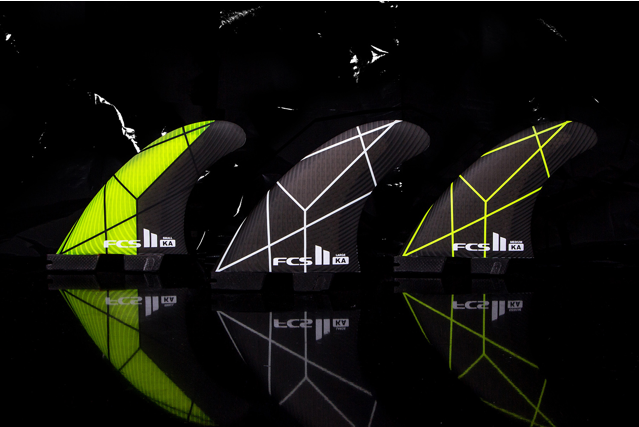 Use the FCS II Fin Finder to find your perfect fin.

The FCS II Essential Series was introduced to simplify the selection process when choosing a fin to compliment the waves you ride, and the type of performance you want to achieve.

The series consists of 4 different fin templates, with each template representing a family of fins that offer a specific type of performance. We recently re-engineered our premium Performance Core Carbon (PCC) Essentials range with a new ‘Linear Flex’ pattern, which offers a smoother, and more responsive ride than ever before.

The FCS II R​eactor is designed for speed and tight turns. This fin has low sweep (rake), meaning it sits more upright, and therefore turns faster, and in a tighter radius. The Reactor is ideally suited to surfers who like to perform fast, progressive turns, and typically ride boards with lower rocker. 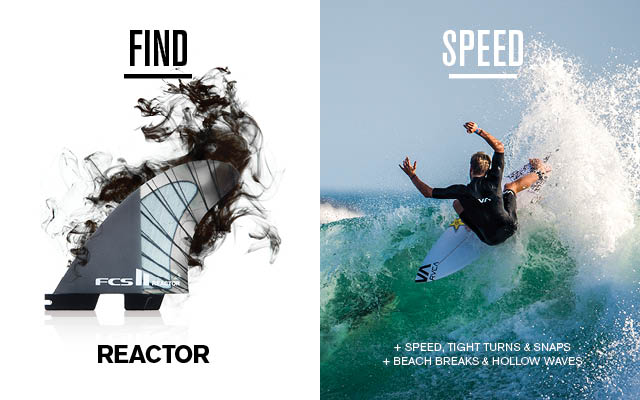 The FCS II P​erformer offers a balance of speed, flow & response, and is known as an All-Rounder. This well-proportioned fin is ideal for surfers wanting a reliable fin that delivers a combination of speed and manoeuvrability, with flow between turns. The Performer is the most versatile fin in the FCS range, and can be used with most surfboards, and in all conditions. 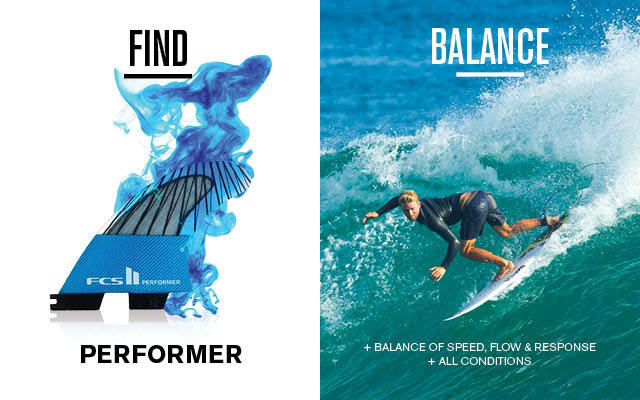 The ​FCS II Accelerator is another All-Rounder delivering speed, flow & response, but because it has a fuller tip, more area and a flat inside foil, it offers more control, and will excel in critical conditions. The Accelerator can also be used with most surfboards, and is ideal for surfers who like to attack the wave and perform aggressive turns. 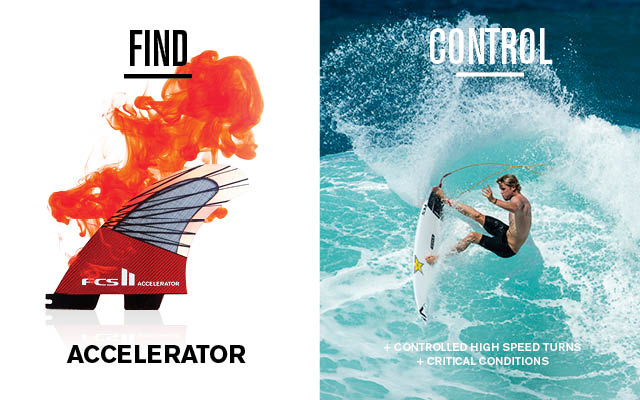 The ​FCS II Carver has an elongated template with a high degree of sweep (rake) that provides exceptional hold off the bottom, and when carving on open face waves. This template is conducive to boards with higher rocker, and is perfect for power surfers who like to push hard against their fins and perform longer, drawn-out turns. 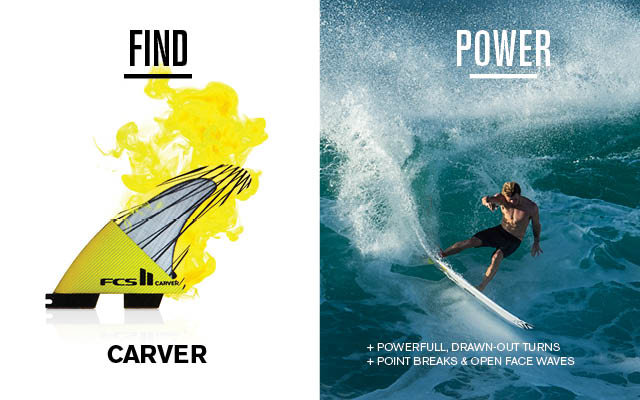 FCS fins were introduced to the Australian market in 1992 and released globally in 1994. The first FCS fin plug was patented shortly after the global release and it quickly became the world standard for removable fins. To this day FCS is the strongest, most successful, and also the most widely used surfboard fin system in the world.

Since its global release in 1994, 30 ASP World Titles and countless events have been won riding the FCS fin system. No other system can lay claim to a single ASP World Title in either the men’s, women’s, junior’s, or longboard divisions. The success of FCS is a testament to its advantages over other fin systems, this includes traditional fixed fins as well.

FCS II was released back in March 2013, and since hitting the market has quickly become the new undisputed world standard fin system. The FCS II system has been ridden in 5 ASP World Title wins & 18 WCT Event Victories. The statistics speak for themselves, and to date no other fin system can lay claim to a single World Title.