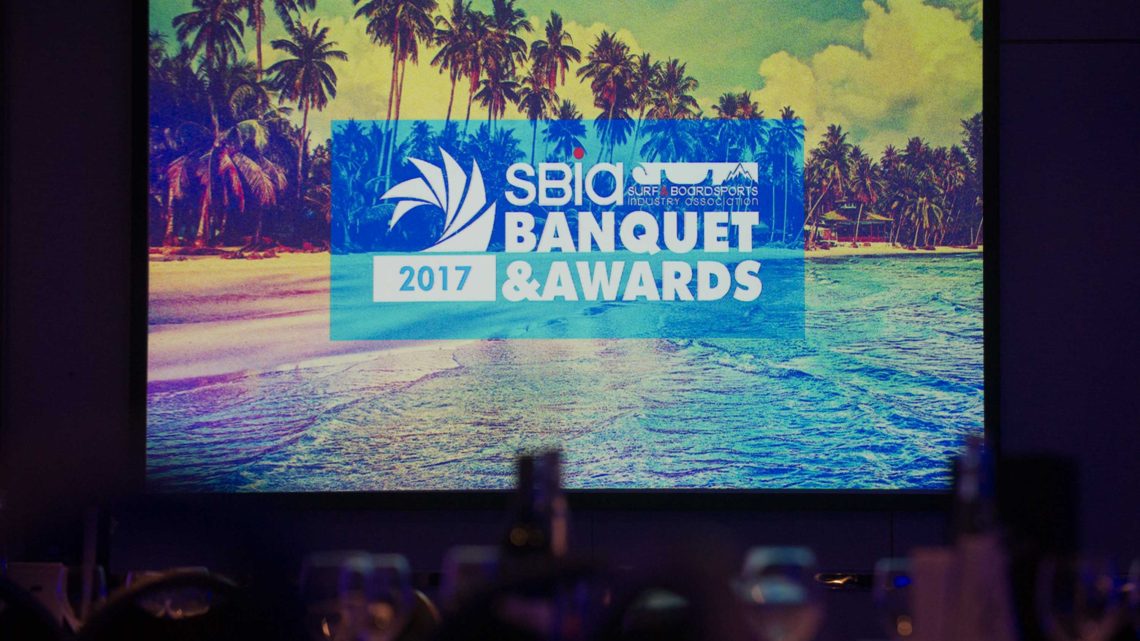 A surfboard traction pad made from algae, the creators of the world’s first neoprene-free wetsuit line and an 11-time World Champion were among the winners announced at the Australian Surf Industry Awards today.

The Australian Surf and Boardsports Industry Association’s annual awards, which celebrate the high achievers of Australia’s multi-million dollar surf industry, attracted 200 retailers and brand representatives from across the country to the Crowne Plaza in Coogee, Sydney.

Thirty-one awards were up for grabs – ranging from state and national retail categories, to products and account managers – and a host of surfing legends, including former World Champions Mark Occhilupo, Tom Carroll and Joel Parkinson, helped present the trophies.

Another of surfing’s household names, 11-time World Champion Kelly Slater, was on the receiving end of two awards – his company Slater Designs winning Surfboard of the Year (for their Sci-Fi model) and Product Innovation Award for a traction pad made from algae.The Surfrider Foundation presented clothing and gear company Patagonia – which last year released the world’s first neoprene-free wetsuit line – with the Environmental Award, while also auctioning off images from internationally-renowned photographer Ray Collins to raise funds for its environmental projects.

The prestigious Service to the Industry Award went to Rip Curl’s legendary John ‘Sparrow’ Pyburne, who has incredibly designed the seminal Torquay surf company’s wetsuits since its inception in 1969.

Saltwater Wine | Stormriders won National Retailer of the Year for the third year running, while also taking out NSW Retailer of the Year. Sanbah (Merewether, NSW) won a new award for 2017, Breakout Retail of the Year, and also picked up the highly sought-after Coreboard Store of the Year. Rounding out the Retail Awards were Beaches Apparel (SA), BeachBeat (QLD), Strapper Surf | Blunt Skateboarding in (VIC/TAS) and Hillzeez (WA).

RVCA put an exclamation mark on an impressive 12 months by winning Men’s Brand of the Year, while Billabong took out Ladies Brand of the Year and both the Men’s and Ladies Marketing Campaigns of the Year. Otis’ ‘Young Blood’ model helped it win Sunglass of the Year for the second year running. Byron Bay clothing and accessories company Afends won the Breakout Brand Award, while Havaianas beat some tough competition to win Footwear Brand of the Year.

Rip Curl was the big winner in the product awards, with its 4/3 Chest Zip Flashbomb once again winning Wetsuit of the Year, and its Mirage MF Focus 21 taking home Boardshort of the Year. The Rip Curl team was called to the stage twice again after being awarded the Swimwear of the Year trophy and the Customer Service Office of the Year.

The Australian Surf Industry Awards have been held annually since 2011 to celebrate the industry’s outstanding retailers, products and brands. Entries to the 31 categories open each January, with the award winners crowned after voting by manufacturers, retailers and an expert marketing panel. For more information visit sbia.com.au 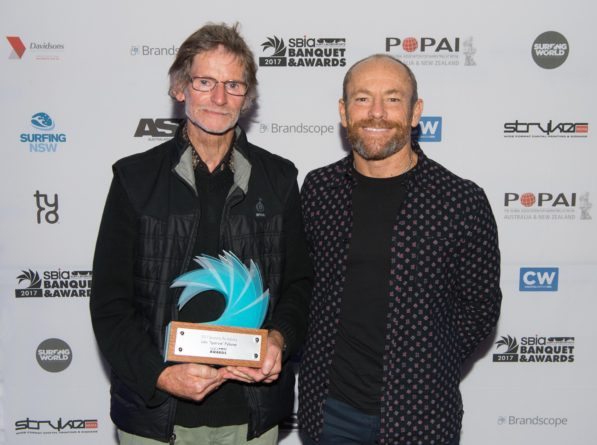 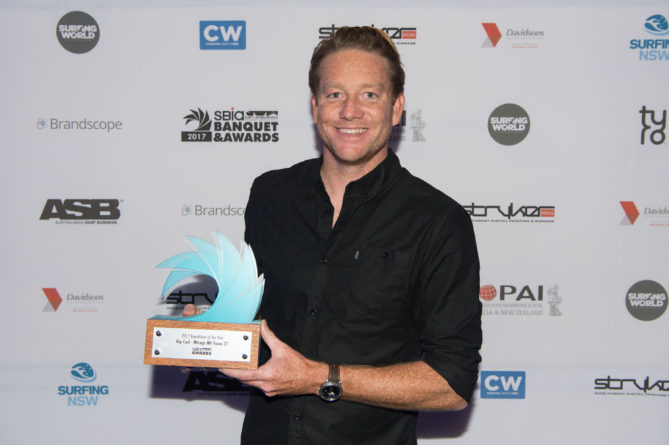 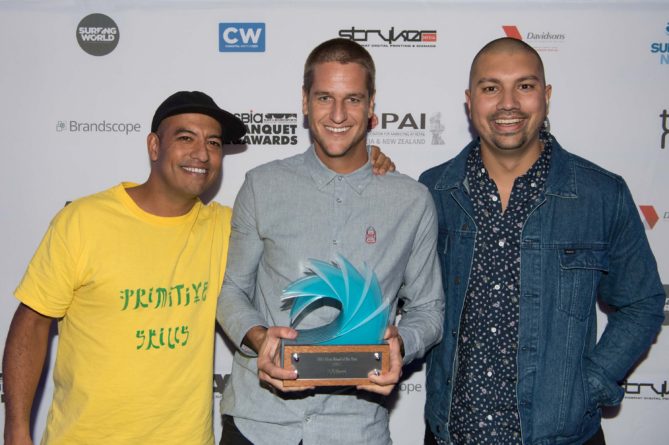 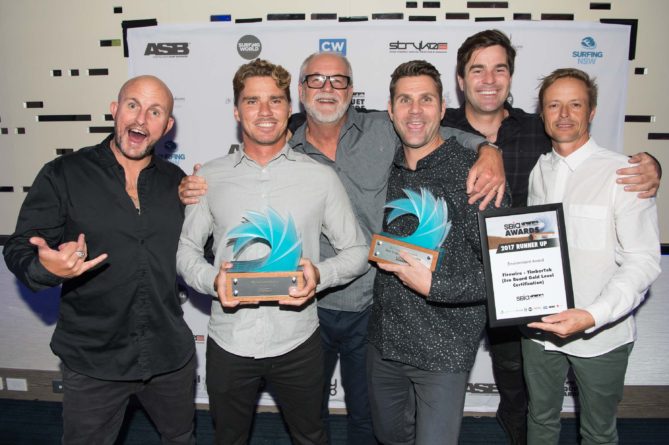