A life spent in the ocean – Luke Egan 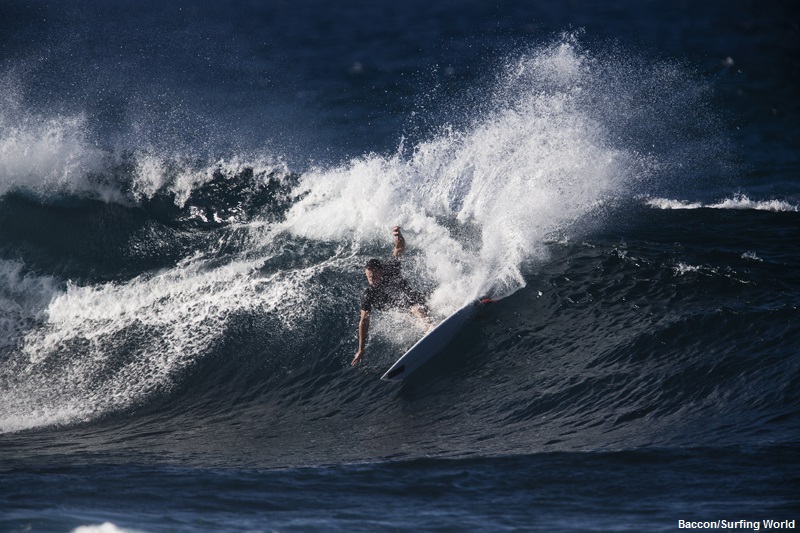 FROM THE PAGES OF SURFING WORLD MAGAZINE

Luke Egan spent over two decades as one of the world’s leading professional surfers, his style, power and incredible tube-riding taking him to the top of his chosen sport. After retiring from competition, Luke worked in marketing for his long-term sponsor Billabong, in the office and on the road, continually learning and getting a better understanding of business and the surf industry. He was also contest director at Billabong’s major surf events and kept surfing as much as he could, his surfing maintaining at an elite level. Last year Luke decided to back all of this experience take the big leap, investing as a founding partner of new surf brand Depactus. Here’s an extract from Surfing World on Luke’s thoughts on surfing, life and business.

“I grew up in a surf shop. I still want to go surfing and be in the surf industry and have challenges in my life.”

Turning Pro:
When I was 16 my dad sat me down and said, “OK, you’ve been fluffing around with this, you need to get your arse into gear
or you’re going to go do an apprenticeship.” He wanted me to take surfing on as a career and a business. That was the moment I thought, “Alright, lets do it.”I think in the back of his mind dad thought I was going to end up at the down the factory with him and he didn’t want me to be there. That was a turning point that led me to having an amazing life in surfing but what’s funny is that now I’m 46, I’m kinda bummed I haven’t taken on some of his skills with timber, joinery and shaping.He’s still doing it as his number one passion.

Mentors:
Damien “Dooma” Hardman took me under his wing. We both rode for Aloha and I started travelling with him and it was a real education. He taught me about structure: how to plan a heat, how to form strategies against your opponents and exploit them. He was winning World Titles but he was also a real friend and mentor. It’s hard to overstate the influence he had on my early career but having him there was sick!

Retirement:
At the end of 2004 I was struggling to get myself to a level that I considered good enough to contend for the World Title. Retiring was the hardest thing I’ve had to do in my life but surfers are lucky because we always have our passion. Rugby League Immortal Andrew Johns said to me, “You’re retired but you can pick up a surfboard right now and go surf as hard as you surfed any heat in your whole career and you get that release. I can’t walk out onto the field and play football as hard as I did ever again.” I wasn’t training much or enjoying my new life but what he said really struck a chord. After that I thought, “No more rest. I have to train my arse off and still surf to the level I gotta surf.”

Depactus:
I’ve always dreamt of owning my own company. Twenty-six years at Billabong was a big thing to walk away from. I wrote Gordon Merchant a letter and thanked him for everything. I always admired and respected him, the way he built Billabong and the way that he got it to where it was. The timing right now seems on point especially for the independent surf retailer that doesn’t have anything exclusive, they’re the families and the people that built up the surf industry to what it is. I come from that surf shop background, I grew up in a surf shop. I still want to go surfing and be in the surf industry and have challenges in my life. They’re really the main reasons.

Fatherhood:
Fatherhood is the best thing you’ll ever do. I’m so grateful I’m not gonna go through life without that experience. As a professional athlete you’re probably one of the most selfish people in the world. I’ve always been one to provide for my family but I’ve learned that time, just being there with them, is the most valuable thing you can give. That’s what I need to provide. I make time to do that.

Missed Opportunities:
Not winning a World Title doesn’t keep me up at night but I sometimes wonder, “What if I did win it? What could I have done at different times to get that edge to have won?” That kind of thinking helps me with what I’m doing now. So, I take it as a missed opportunity and use it as a motivational tool.