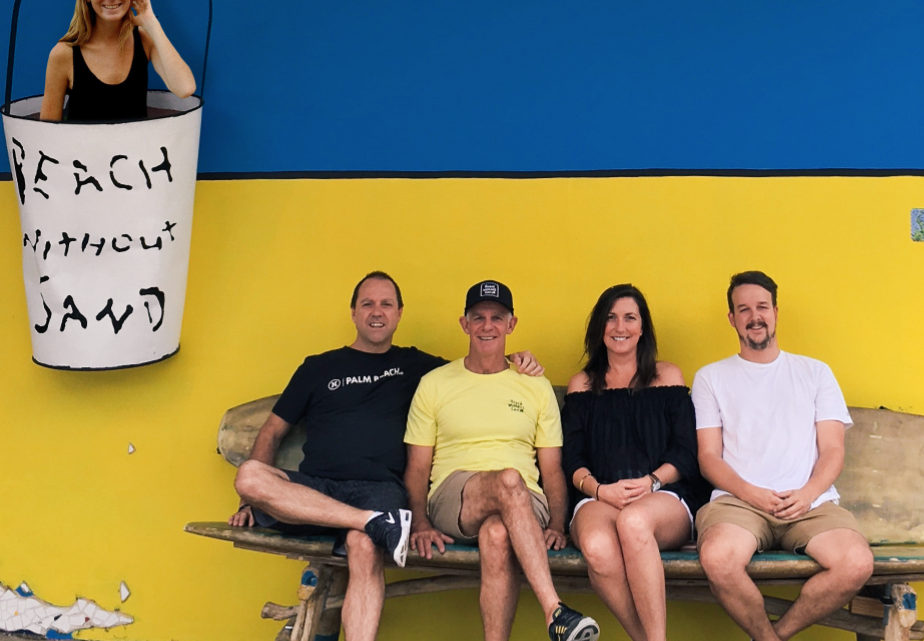 The Beach Without Sand surf shop at North Avalon is a something of an icon on Sydney’s northern beaches peninsula. Local surfer Dave “Wato” Watson opened the store when he was at university and 30 years later the business is still going strong. After two decades as a single door operation there are now three Beach Without Sand stores, Wato opening one at Palm Beach a few years ago and this year BWS headed south into Mona Vale. Longevity in any small business is difficult, even more so in the up and down world of retail and we recently caught up with Wato to find out the secrets of his success.

You opened Beach Without Sand at North Avalon over 30 years ago and when you were studying economics at uni. What made you persevere with surf retail instead of a traditional career path using your degree?

Yeah, I opened the North Av shop while I was in my third year at uni. After a few months trading, I had the bug, it was hard going, but I was enjoying the challenge of small business. I have always liked business, I actually majored in accounting and business finance in my economics degree. So this helped me with the business fundamentals.  I just couldn’t see myself heading off into town in a suit.

Was there much retail happening up on the peninsula then?

No there wasn’t. There was Nat’s Fall Line at Mona Vale and Wicks at Collaroy and Surf, Dive and Ski at the Mall. So as a local surfer, I thought there was a gap that I could fill.

“It has always been well supported by the locals. Still to this day we know most of the faces that walk through the door.” 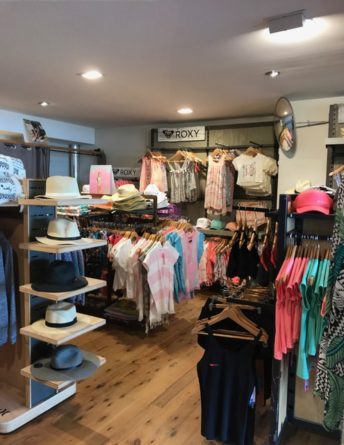 The North Av shops are not a noted retail precinct – how important was the local trade when you first started?

It has always been well supported by the locals. Still to this day we know most of the faces that walk through the door. One of the big attractions was that the rent was good and I knew if it all went to shit, I could pay the rent by working in a pub one night a week. When I first opened I had a partner, Michael Beaumont, that helped because we could share the load financially.

You were content with just having one store for many years, but you opened one at Palmy a few years ago and you’ve opened another store in Mona Vale this year. What was the motivation to expand after being a single store operation for so long?

Well Palmy was an unusual situation where we were offered a rent free space, about eight years ago, over the Xmas holidays and business went ok, so we decided to keep it on. It’s very seasonal, but it’s getting better each year.

With Mona vale, it was different. It used to have a few surf shops and then there were none doing what we do. So we thought there was scope for us to give it ago. We opened in May this year. So far, so good.

Also my two children, Sam and Bec, after finishing their degrees, are getting involved in the business, so we needed to grow it in scale to be able to support us all. Hoping that they would pension me off and I could caravan into the sunset chasing waves.

Mona Vale is south of Bilgola bends and I know you Avalon guys don’t like to travel far. How are you coping?!

Luckily Sam runs Mona, so I only pop down there a couple of times a week. But I still do have to change the date as I go through the bends.

“We think it’s really important to see your suppliers as partners, always trying to see the win-win for both of you.” 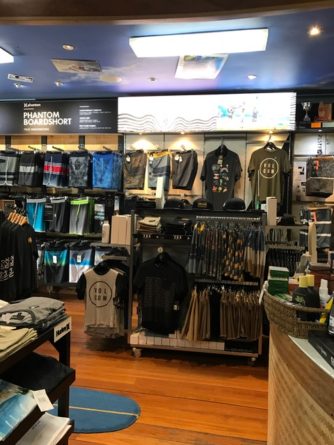 Any business that has been trading for over 30 years is doing something right. What do you put BWS longevity and success down to?

I think we are a community powered business, we get on with most people and we are genuine. We give money back, pretty much, no question asked. We still enjoy what we do and most people that work in the shop still surf and love it.

We think it’s really important to see your suppliers as partners, always trying to see the win-win for both of you. About ten years ago we reduced our supplier base, trying to focus on the remaining suppliers and that has worked really well.

Also the people that have worked in the shop for a long time, giving us a family business feel. Kong, Bec, Sam and Kaz have been there since the beginning of time. That helps form great bonds with the customers and perfects their product knowledge.

How has the business evolved over the years with staff etc.?

One of the best things that happened to me over the years is having Chris Friend (Kong) come and work with me. He has been the most loyal, hard-working guy you could ask for. As I have got older he has supplied the energy and commitment that has driven some of the important recent changes in the business. A while ago he became a deserving part owner of the business and that has only fueled his commitment.

I am now really excited about the next phase, with Bec and Sam also involved in the business. As I get older, it’s great to have my family give the business a new injection of enthusiasm and a couple of sets of fresh eyes.

If you could go back to 1983 and give yourself some advice before opening the store, what would you say?

Be careful with discounting and giving people deals. It’s easy to turn over money but make none. Limit your suppliers and tell their story well via good merchandising. You can definitely give people too much choice.

You may not get rich but you won’t have to sit in traffic, you’ll get in the water most days and see lots of your family. And that’s really what life’s about.