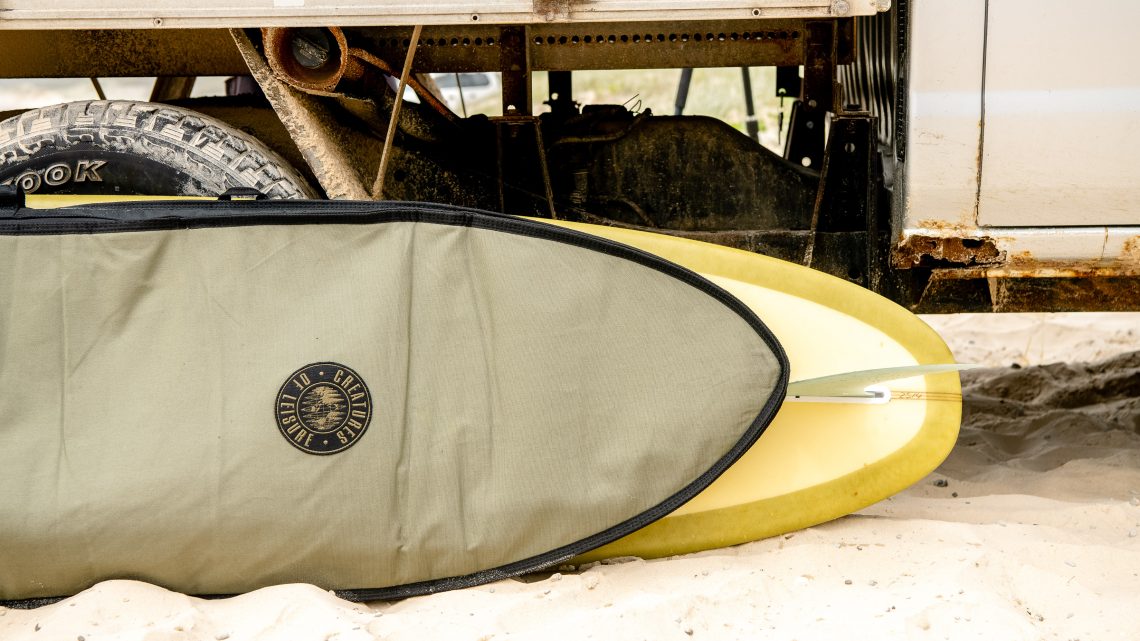 Surf equipment pioneer Creatures of Leisure have released their 2022 collection. The range, from the brand who invented the stainless-steel bearing swivel and more, continues Creatures’ tradition of quality and innovation. Headlining the release is a brand new series of HardWear mid-length boardcovers, a fully renewed bodyboard capsule, plus more sustainable EcoPure signature tail pads for reigning world champ Italo Fereirra. 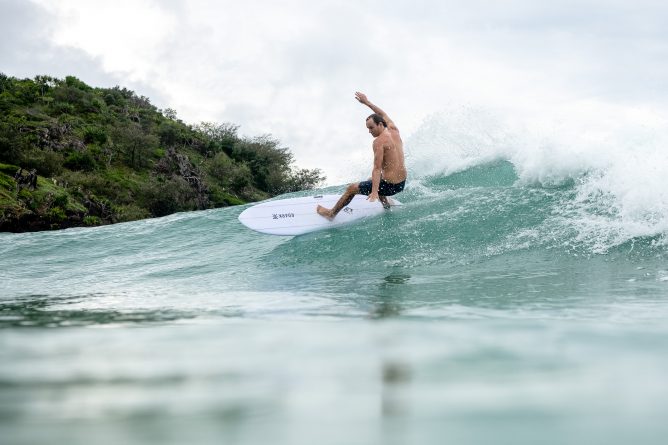 “We really focussed on expanding our range for all sorts of surfers, no matter what kind of crafts they like to ride,” says Head of Brand and Product at Creatures Beau Campi. “There’s the elite pro performance stuff obviously, but Harrison Roach also helped us refine sizing for mid length and fish boardcovers, Lewy Finnegan helped us rebuild bodyboarding leashes that will stand up to heavy waves like The Right, and we even added some new, advanced options for the crew getting into Foiling. It’s a really well-rounded collection we’re super proud of.” 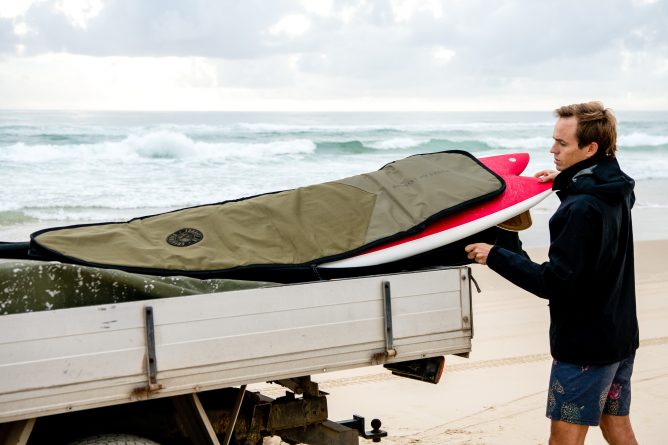 Creatures HardWear collection of boardcovers will be especially welcomed by the rapidly growing fans of mid length surfboards. The covers, which take aesthetic cues from old school work wear, are built from ultra-durable materials and marine-grade fittings. 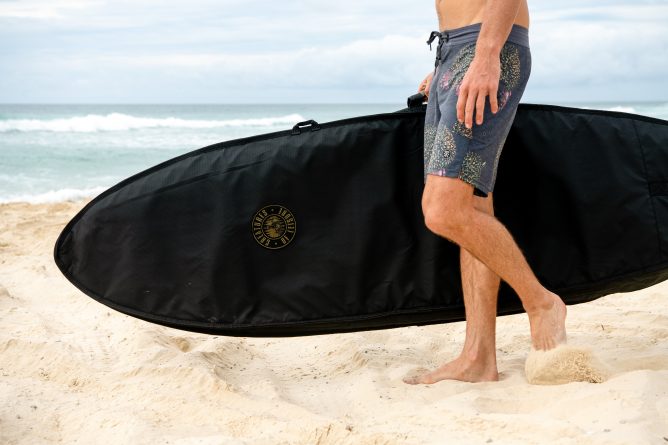 “From my perspective, it’s been really hard to get boardcovers that fit that 7’0’’ range and are still nice and snug,” says Creatures team rider Harrison Roach, who helped with the sizing of the mid length and fish boardcovers especially. “These are everything they need to be and nothing they don’t. They’re great.”

In addition to the HardWear collection, the Creatures pro range also gets an eco injection, with Italo Fereirra’s bestselling signature tail pad available in new two colours. The EcoPure process means these tail pads biodegrade in landfill at their end of life without losing any performance in the water. 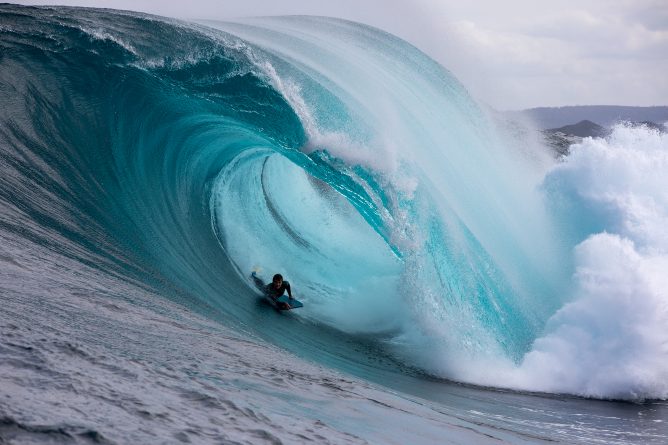 The new bodyboard collection for 2022 takes Superlite Leash tech and translates it into bicep coils, plus adds in built-for-purpose bodyboard covers that fit fins and have straps for easy carrying. To check out the entire Creatures range, head to https://www.creatures.com.au/ or go into your closest salty surf stockist. 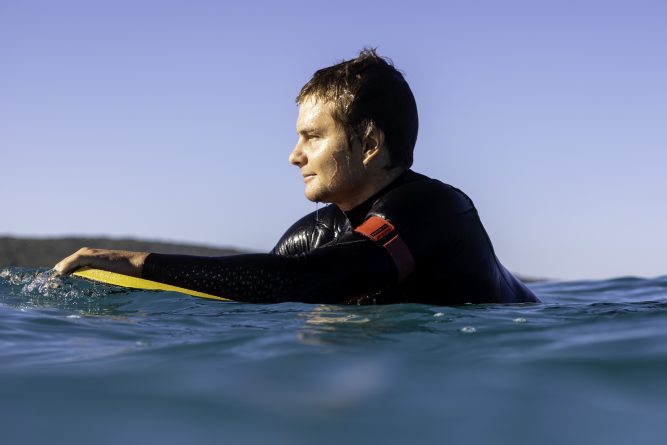 ABOUT CREATURES OF LEISURE

Purpose-built surf gear for a lifetime of discovery. Since 1987. Creatures was started to support the surfing lifestyle and shaped by the coast we call home. Founder John Malloy left Los Angeles in 1972 on a container ship to surf through the Pacific to West Oz. When he arrived in Yallingup, he realised he’d found paradise. Uncrowded waves, stunning coastline, great friends.

To earn a living, John began making surf leashes. He learned the hard way that the raw waves of our South Indian Ocean would snap inferior materials. Good wasn’t good enough. They had to be better. John introduced the first-ever urethane cord, providing the most reliable connection from board to surfer yet. He became obsessed with improving other solutions, inventing a self-lubricating stainless steel swivel as well. These pioneering innovations remain industry standard today.

That same focus on rugged reliability and premium detail has since been expanded to other surf essentials. Board covers, traction, tie-downs, and more – it’s all geared toward a lifetime of discovery. After all these years, we’re still based in South West WA. John has since passed the torch to a new generation, but every design is still tested by staff and the world’s best surfers, both here, in Hawaii and other unforgiving locations. We could move somewhere more central to make travel easier, but that’s all part of the fun. Most surfers get that right away. After all, we’re a different breed. We’re Creatures.