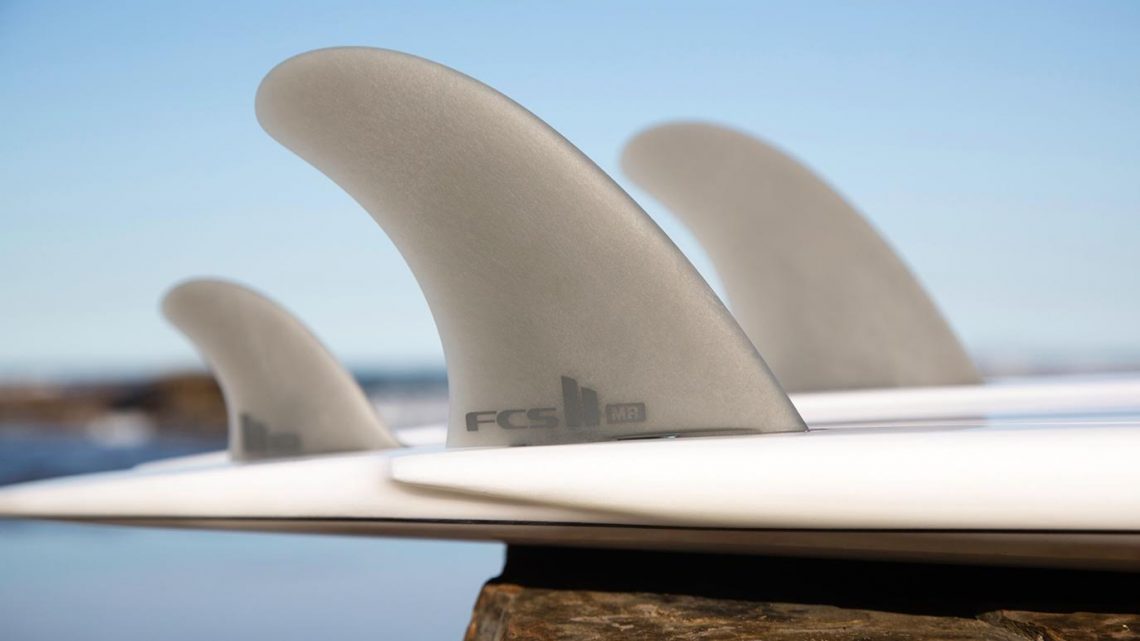 Now available in both Performance Core (PC), and the more affordable Neo Glass (NG) construction, this popular twin + stabiliser set-up produces exceptional drive and speed, with enough control to confidently push through your turns with power.

Derived from the fin template MR surfed to win four World Titles, this popular side fin template has plenty of width at the base which extends towards the tip creating maximum surface area for speed and drive.

The moderate sweep (rake) means the FCS II MR Twin should be considered an ‘All Round’ twin template. The mini stabiliser is designed to add control without sacrificing speed, or losing that free feeling that’s synonymous with a twin set-up. 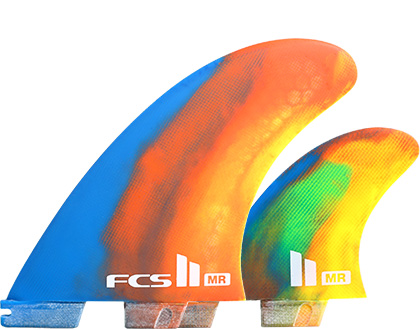 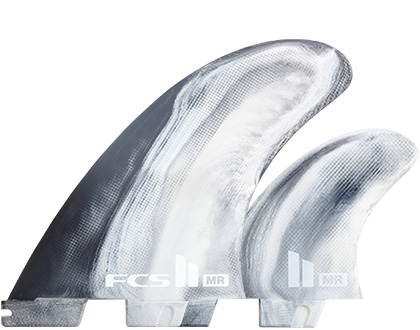 “FAST & LOOSE WITH ENOUGH HOLDING CHARACTERISTICS TO CONFIDENTLY COME OFF THE BOTTOM AND RIP THROUGH A NICE TURN. THIS IS A GREAT OPTION FOR ANYONE WHO WANTS THAT TWIN FIN FEEL, WITH A LITTLE EXTRA CONTROL OFF THE TAIL”. – MR

Typically suited to a number of MR’s own models, modern fish shapes and boards with lower rocker, these fins generate instant start-up speed, will pivot and release easily off the top, while maintaining incredible acceleration into the next turn.

Performance Core (PC) fins deliver a consistent feel similar to a traditional fiberglass fin, but with the advantage of reduced weight. The flex pattern extends progressively from the base through to the tip helping the surfer to maintain drive and hold through a turn. PC fins are reliable, very responsive, and can be used in a variety of different conditions.

Neo Glass (NG) is a lightweight, moulded fiberglass construction delivering pro standard performance. The high fiberglass content makes these fins stiff and responsive, and the engineered foils provide a consistent feel. Neo Glass fins are very affordable and versatile enough to use in a variety of conditions. 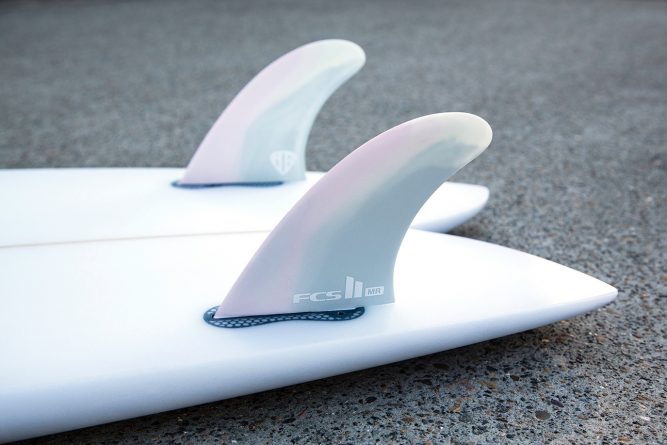 –  MR FINS WILL SIT 10MM BEHIND THE SHAPERS DOT. MANUFACTURERS WHO ARE CONCERNED ABOUT THIS SHOULD MOVE THE SIDE FIN POSITION FORWARD BY 10mm or 3/8”.

The FCS II MR TWIN Tri set is available at selected retailers and at www.surffcs.com.au

Next post Internships: How to hire within the law