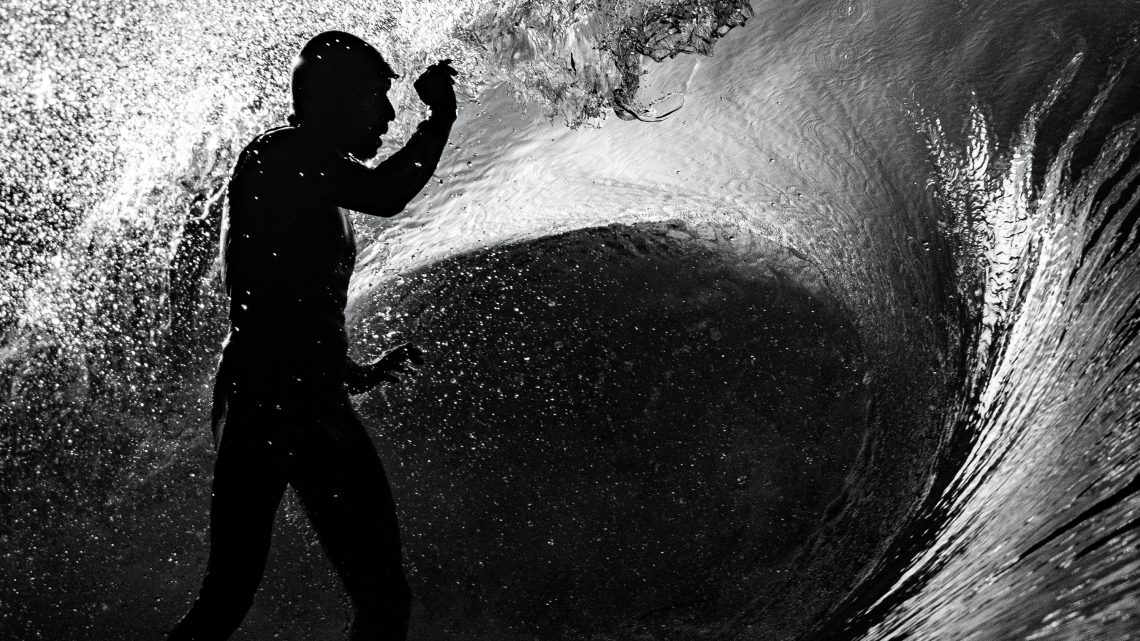 Today marks both the official global announcement of long-time Globe rider Dion Agius’ new capsule, and the world’s first glimpse of his upcoming short film – both named “Dark Hollow” for the north-east Tasmanian surf break located not far from where Dion grew up.

Dark Hollow is a collection of apparel, film and art inspired by Dion’s home state of Tasmania. It’s a project dedicated to generating support for the future of the Tasmanian Wilderness World Heritage Area and un-protected wild places around Tasmania that are threatened. Dion shot and produced the film with Joe G, the film maker responsible for Strange Rumblings in Shangri La, Secret Machine, Electric Blue Heaven and more.

The Dark Hollow capsule features illustrations by LA-based tattoo artist Nathan Kostechko – whose artwork takes its inspiration from studies of the skeletons of Tasmanian Devils. This artwork will feature in the accompanying Dark Hollow hardcover book – produced in partnership with Wasted Talent, and featuring photography captured throughout the making of Dark Hollow. A limited run of this hardcover book will be released alongside the premiere of the Dark Hollow film in mid-May.

Filmed with a combination of 16mm film and Red – Dark Hollow was shot primarily on location in Tasmania, but also features passages captured in Japan and Indonesia. Dion stated: “Joe G and I have been working on Dark Hollow for the past few years. It’s grown and evolved over time, but it has always taken its core inspiration from my home state of Tasmania. The film is our vision of how the world could be if we looked after it, and features appearances from some of my best friends, including Craig Anderson and Chippa Wilson.”

Globe and Dion will be donating a minimum of $15,000 (AUD) to the Bob Brown Foundation as part of the launch of Dark Hollow.

See the trailer and the Dark Hollow collection HERE