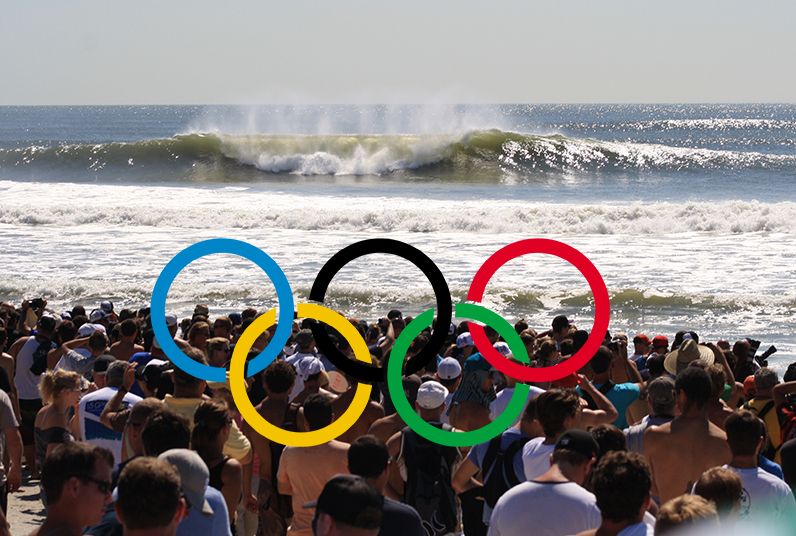 The Olympic Channel and the International Surfing Association (ISA) yesterday announced a cooperation agreement to collaborate on content. As part of the agreement, the Olympic Channel will live stream coverage from the upcoming 2017 ISA World Surfing Games, which take place 20-28 May, in Biarritz, France, in addition to other ISA events.

The International Federation for surfing, which will make its Olympic program debut at the Olympic Games Tokyo 2020, becomes the 52nd federation or organisation partner of the multi-platform media destination where fans can experience the power of sport and the excitement of the Olympic Games all year round. At the 2017 ISA World Surfing Games, the world’s best national teams will come together to represent their nations and compete for gold at the ISA’s flagship event.

Many of the world’s top professionals are scheduled to compete at the World Surfing Games which will offer a glimpse in to the beach festival-style of competition that will take place at Tokyo 2020. Both Brazil and France have unveiled star-studded teams for the event, which will include French top-ranked female Johanne Defay, Brazil’s Miguel Pupo and 2009 ISA World Surfing Games gold medallist Jeremy Flores of France, whilst Australia is still yet to name it’s team.

“We look forward to working with the International Surfing Association to introduce their sport and athletes to a broader audience,” said Mark Parkman, general manager of the Olympic Channel. “As we look ahead to Tokyo 2020, viewers are sure to be fascinated by the stories of these athletes who push their limits against one of nature’s most powerful elements.”

“Embracing innovation and digital content has long been a central part of the ISA’s media strategy, so we’re excited to partner with the Olympic Channel to continue grow our sport’s visibility and reach,” said ISA President Fernando Aguerre. “We look forward to showcasing our sport’s high performance and youthful energy to new and global audiences. This agreement is also a reflection of our commitment to the Olympic Movement as we head towards Surfing’s Olympic debut in the Tokyo 2020 Games.”

Since its launch in August 2016, the Olympic Channel has been streaming live events in collaboration with its federation and organisation partners. In addition to broadcasting live events, the Olympic Channel team is collaborating with its federation partners on innovative partnerships encompassing event coverage, highlights, magazine shows, news coverage, original programming and technical business solutions.