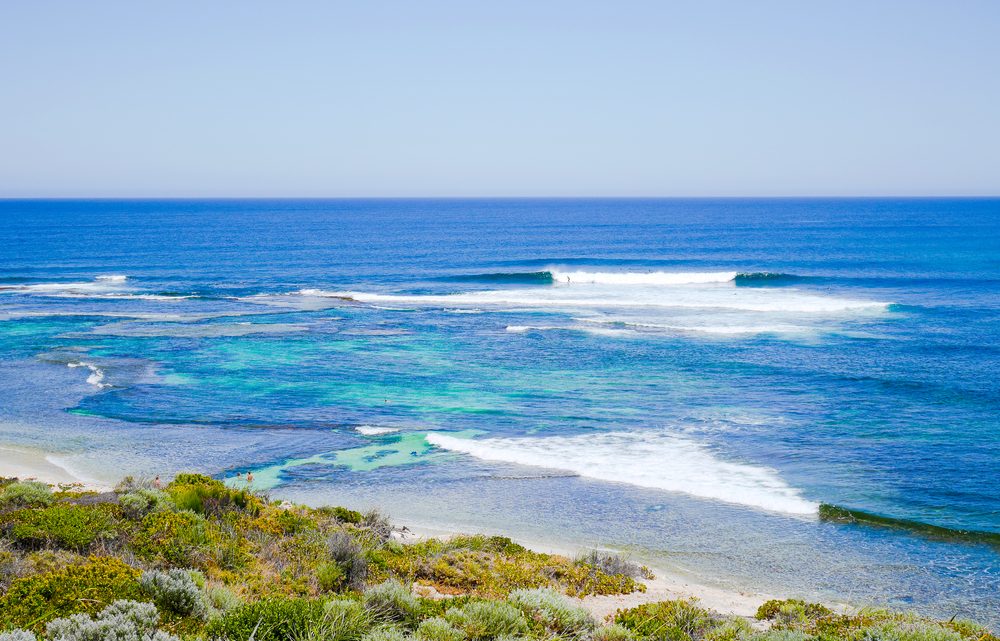 The West Australian Coastline has experienced 3 shark attack fatalities in the last 24 months, now making it 11 fatalities since 2010.

Recorded shark encounters have doubled over Summer and Autumn including two attacks in Gracetown during the Margaret River Pro, and last week a surfer was knocked off his board in nearby Prevally. There has been 8 encounters in the southwest compared to 0 the previous year.

The behavioural impact these shark encounters are having on all water users, whatever their chosen recreation cannot be understated, but also the impact to the wider economy which is very much reliant on tourist income is of broad concern.

The last three international events in the south west region of Western Australia have been impacted by shark activity.

As a result a ‘South West Safe Shark’ group has recently been formed by community members to deal with mitigation issues and possible solutions.  The SW Safe Shark group are holding a rally at Parliament House to encourage the State Government to trial drum lines in WA.

SBIA Board Member and Retailer, Glenn Callegari from Hillzeez Down South Surf Shops is very passionate about making West Australian beaches safe and also highlighting the economic issues that accompany this issue.

Glenn said “Margaret River store sales have been terrible since the Pro was called off.  Not just for “in water” product categories, there simply haven’t been the people around to sell product to. I was sceptical and are still very surprised, I felt an immediate effect to trade that has carried through to the start of May.

WA is already struggling for interstate and international visitation, we don’t want to be franked the “Killer Coast”.  We need to be proactive and find real solutions, we need positive messaging to all media channels.  The recent headlines coming out of WA have just been damaging in every way.

Here’s one of the latest stories:

Concerned community members have formed the South West safe shark group and will hold a rally on the steps of Parliament House.

The group will call on the state government to trial a Shark Management Alert in Real Time drum lines program in the Capes region.

Smart drum lines are used in NSW, and are not designed to kill sharks. Instead a baited hook is attached to a device with a hooked shark putting pressure on a line which triggers an alert.

When an alert is received, response crews take the hooked shark several kilometres out to sea where it is released.

SW safe shark group committee member Keith Halnan said the group formed because of the great white shark problem off the Capes coastline and the threat they imposed on the community.

Mr Halnan said quicker response times were needed to protect water users from sharks, stating last week a shark alert was issued at 5.30pm but a ranger did not put a sign out until the following morning. “Having larger shark signs and a community driven approach will help save lives,” he said. “It is about a rapid response, at the moment there is too long a delay which is dangerous to loss of life.”

Mr Halnan said the SW safe shark group would like to see Fisheries launch a vessel after an attack and  install a smart drum line at the site, one kilometre south and one kilometre north. “Sharks stay in an area and that response will save lives,” he said. In NSW, Mr Halnan said smart drum lines had caught 236 sharks, of those 215 were great whites which were tagged with a GPS then released out at sea. “Only one shark did not survive the release,” he said.

“The program has provided fantastic tracking data which showed the sharks stayed away from coast for longer periods and showed they moved around the Australian coastline and to NZ.

“Since the smart drum line program was implemented in NSW there has been no attack on the coastline where there had been numerous incidents.

“We are calling on the government go trial this program along the Capes region.”

The rally will take place at 11am on Wednesday, May 9 at the steps of Parliament House in Perth and the group are urging all of the community to show support by attending.

“This is our chance to make our beautiful coastline safe again. We need you there,” Mr Halnan said.

“I urge people to car pool with a friend and bus options were being looked at.” 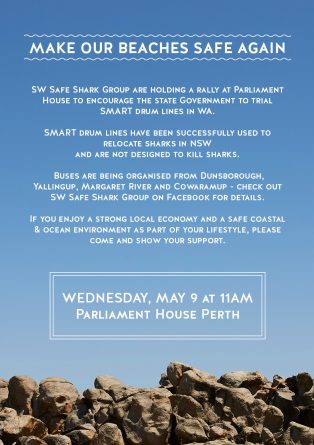 You can show your support by signing the petition or attending the march at Parliament House Perth on the 9th of May.

Next post SURFERS EAR IS A GROWING ISSUE, CREATURES OF LEISURE AND SURFEARS ARE WORKING TOGETHER TO HELP PREVENT IT WITH TWO PRODUCTS EVERY SURFER NEEDS