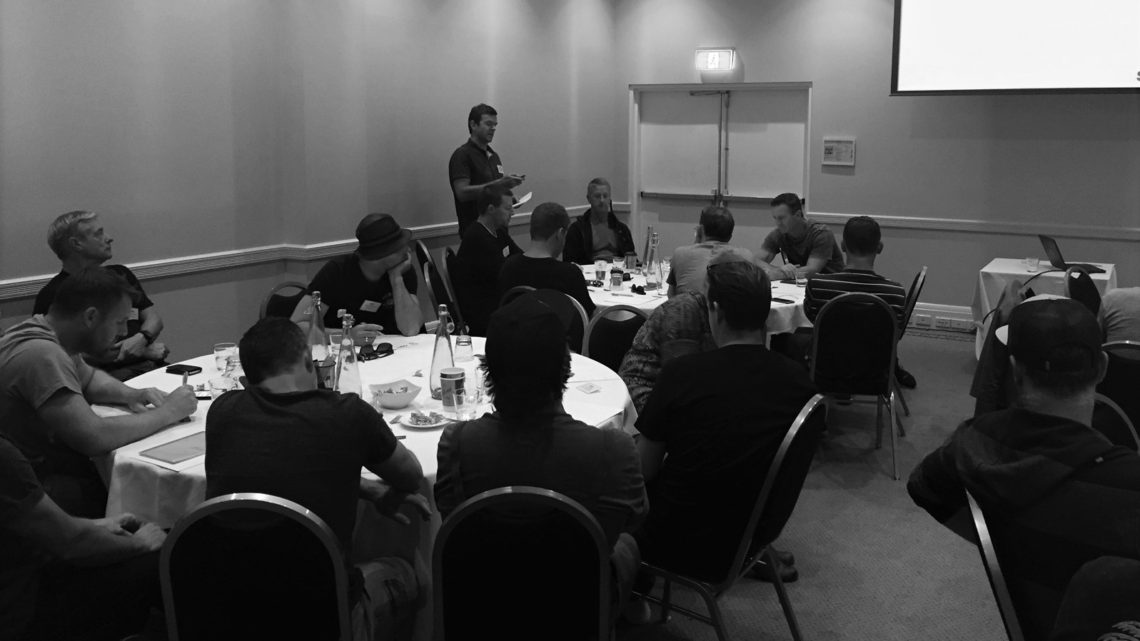 The SBIA held its Annual General Meeting yesterday, 25th October 2017, at the Crowne Plaza Hotel at Coogee Beach, Sydney. It was a busy morning in the Bronte Room, with the presentation of the President’s Report, Treasurers Report, the re-appointment Independent Board Member ARA Chief Executive Officer Russell Zimmerman, and several board members’ reelection on the agenda.

With 6 board positions up for election and nominations received from the 6 sitting board members all were re-elected unopposed. With the acceptance of the President’s Report and Treasurer’s Report the AGM wrapped up.

After a quick coffee the Board got cracking with their first meeting of the new term. First cab off the rank was the election of office bearers for the coming year. Damian Campbell was re-elected as Secretary / Treasurer. The meeting saw Billabong Asia Pacific General Manager Paul Burdekin stepping down from the Vice President position. SBIA President Anthony Wilson thanked Paul for his contribution. “Paul has put in countless hours and commitment to the SBIA over the last few years and our industry is a better place for his service.”

Taking over the reins of the Vice Presidency is Jo Branch, Roxy’s Australasian Business Manager. Since joining the board in May, Jo has driven the Sponsorship & Membership Sub Committee as well as being heavily involved in the Events Sub Committee. “I’m super excited about the future of the SBIA and looking forward to contributing more as Vice President” added Jo.

The SBIA board for the next term will consist of;

Hot on the heels of Tuesday’s Industry Roundtable the board got cracking on bedding down an action packed program for 2018. After surveying members and discussions at the Roundtable with brand and retailers alike, changes to the SBIA Awards in 2018 include:

Next years Banquet and Awards Night will move from May to October. The change in date will bring the Awards as close as possible to summer maximising the impact on the industry’s peak trading season and will see the awards program kick off in July.

Coinciding with the Quiksilver and Roxy Pro, March will see a massive program for the SBIA on the Gold Coast including:

2018 is going to be a massive year for the SBIA. Stay tuned for confirmation of dates and events!

Next post Using Digital Marketing to Engage your Retail Customers.