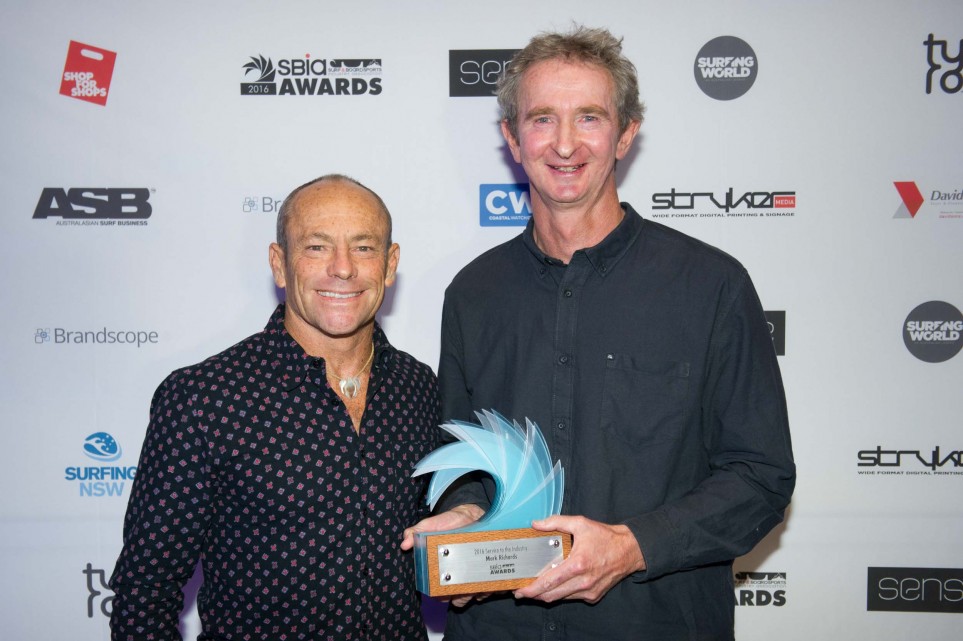 The SBIA Surf Industry Awards held in Sydney on May 26 were a great success, with many attendees haling it as the best we’ve had.

Held at the Crowne Plaza in Coogee, the night attracted over 200 retailers and brand representatives from all over Australia.

It was a full on day, beginning with the retailer v brands tag-tem surf comp held at Maroubra. Although it was billed as a fun event, competition was fierce and there’s a lot of prestige associated with the event. While the surf wasn’t perfect, there were consistent waves on offer and in a tight battle; the brands won 157.5 points to 157. A big thanks to Surfing NSW for organising the event.

The tag team event was followed by an SBIA industry roundtable, which covered a number of topics including the implantation of the digital catalogues, results of the latest consumer survey and a presentation of a new online training platform. You can find the details in the Roundtable wrap-up story.

The Awards themselves kicked off pre-dinner drinks at 6am, which gave those attending a good opportunity to catch-up before things got underway. 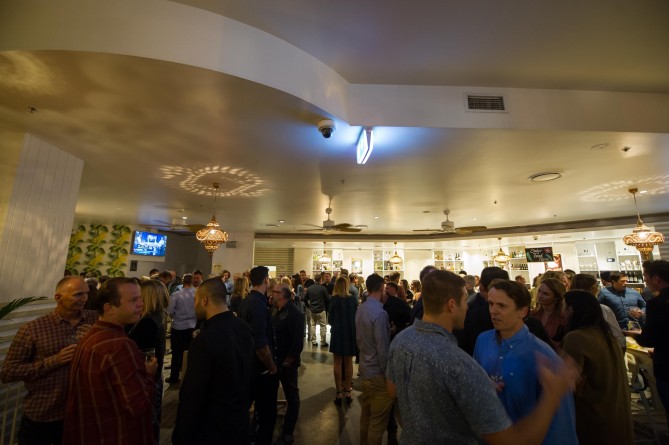 Just over 200 people attended the night where both retailers and brands were recognised with 30 awards presented across a number of retail, product and marketing categories.

Mark is not only one of Australia’s greatest ever surfers, but also one of its leading surfboard shapers and manufacturers, his famous MR label a familiar sight on Australia’s beaches for over four decades.

In his speech, Mark paid tribute to the Australian surf industry, not only for the support he has received from it throughout his illustrious career, but also for the support the industry has given to pro surfing for nearly four decades. 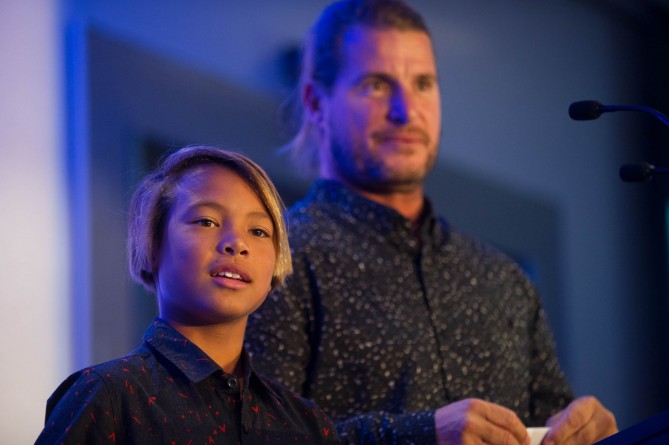 There were plenty of highlights in the retail awards, including Saltwater Wine/Stormriders winning the Australian Retailer of the Year for the second year running.  The coveted Core Boardstore was won by Slimes, owned by Central Coast surfer and long-time surf retailer Paul Green while Merewether’s Sanbah was named Breakthrough Retailer for of the year.

On the brand side, relative newcomer Vissla has announced its arrival as a significant player when it was awarded the Breakthrough Brand of the year. Rip Curl’s attention to technical details was well rewarded when it took out product of the year in the boardshort, wetsuit and surf accessories categories. The Otis Youngblood won sunglass of the year while Reef was the number one footwear brand.

Patagonia was another big winner, taking the environment award and also the product innovation award for its R2 Yulex Nexkin wetsuit.

Gold Coast based manufacturer JS Industries won the coveted surfboard of the year for its popular HYFI Blak Box II.

It was another big night and SBIA president Anthony Wilson was delighted with its success:

“It’s nights like tonight that really sets our industry apart, it really did have it all,” “Wilson said.

“We acknowledged 4 times World Champ Mark Richards’s contribution with the Service to Industry Award. We fare welled industry stalwarts, Rip Curl’s Steve Kay and Billabong’s Mike Savage, in style and we celebrated our best in class!” 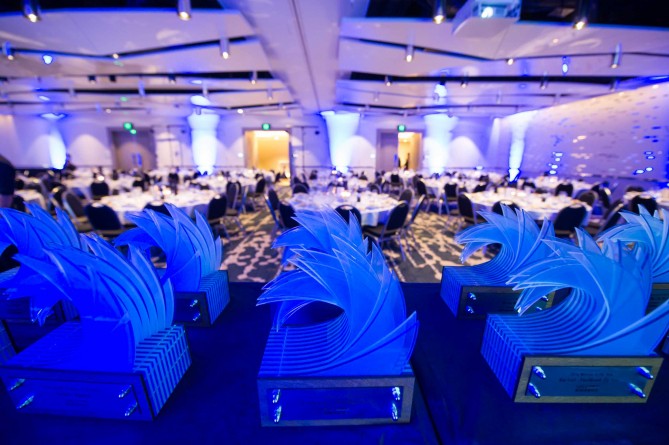 The Australian Surf Industry Awards are held annually with entries opening January each year. The awards were launched in 2011 to celebrate the Industry’s outstanding Retailers, Products and Brands. With 30 categories ranging from Core Boardstore to Men’s Brand of the Year the Awards also recognise outstanding Service to the Industry.

2016 Boardshort of the Year

2016 Surfing Accessory of the Year

2016 Men’s Marketing Campaign of the Year

RUNNER UP   Rip Curl – The Search

2016 Ladies Marketing Campaign of the Year

RUNNER UP   Rip Curl – My Bikini

2016 NSW Sales Representative of the Year

2016 QLD Sales Representative of the Year

2016 SA/NT Sales Representative of the Year

2016 VIC/TAS Sales Representative of the Year

2016 WA Sales Representative of the Year

2016 Footwear Brand of the Year

2016 Swimwear Brand of the Year

2016 Breakthrough Brand of the Year

2016 Core Boardstore of the Year

2016 Product Innovation of the Year

RUNNER UP The Leisure Collective – SurfEars 2.0

WINNER Patagonia – 1% of the Planet

2016 Service to the Industry

2016 Breakthrough Retailer of the Year

2016 Australian Retailer of the Year