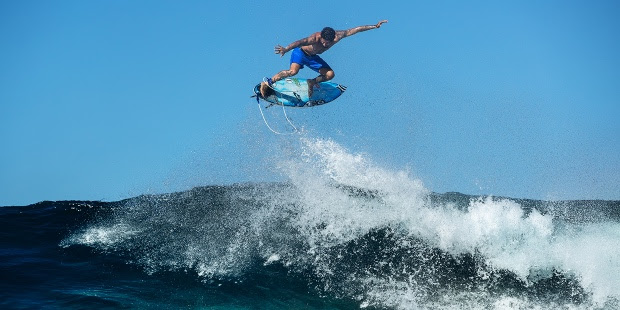 Josh de Souza is the current Brand Manager for the Australasian region and has held multiple positions at Hurley during his 16-year tenure.

“The Conquest Group’s commitment to our next phase of growth is unwavering,” explains de Souza. “The brand is underpinned by strong operational and financial backing and is positioned for accelerated evolution as we continue to assertively get after our brand plan.”

The focus is significant and includes: elite-level additions to Hurley’s pro surf team roster, expansion of the national retail footprint, relaunch of the official Hurley.com.au website, key staff acquisitions, bolstering of Hurley’s brand pillars via grassroots marketing and a continual tightening of all aspects of the business from sourcing right through to the marketplace. Strong seamless alignment across all ‘pillars’ is pivotal for us as we look to deliver the ultimate authentic expression and brand position in the market.

“During Covid we have been future focused, supported our retail partners the best we could whilst going about our business plan quietly, to build a concise and what we believe to be – ‘Brand Right’ strategy,” explains De Souza, “A strategy that is again authentic, local and very relevant to the Australasian marketplace”.

“We re-launched Hurley.com.au in July 2021. We opened three bricks-and-mortar retail doors and have more planned for key destinations this year. We are also updating a couple of Hurley ‘Shop-in-Shops’ in conjunction with some of our strongest retail partners. This is planned in the first half of 2022.

Supporting ambassadors at local beaches across the country is really important to us, to name a couple… Jake Hagen in WA, Amy Gore in South Australia, and more recently Angus Owens out of Newcastle. We have also re-ignited our skate pillar and have Keefer Wilson on the team and will continue to build on that.

On the people front, I am also really excited that Tim Cochran has re-joined our team as Head of Merchandise and Brand Creative. Tim was previously Director of Product and Merchandising at Hurley (2007-2013) before co-founding brand Banks Journal.”

“I am excited to be back with Hurley. The brand has a very strong foundation around innovation, and we will expand and push this through the lens of our brand pillars of Surf, Skate, Art, Music, Explore and Sustainability. Another key focus we are working on is realigning with the best supply chain partners to deliver our brand proposition centred around innovation, sustainability and premium product.”

“It’s going to be fun building our wider team here in Australia that will be especially focused on creating world class product and inspirational creative marketing for our region. This is a key change from adopting global assortments to now building the majority of product and marketing to serve our region’s needs more specifically,” explains Cochran. 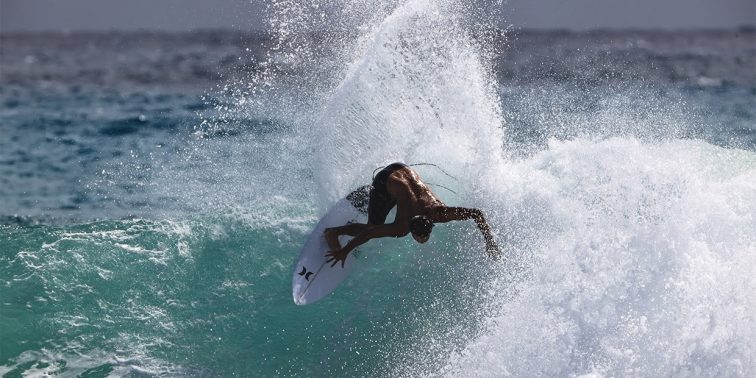 Connor O’Leary Signs with Hurley Family
Hurley Australasia are proud to welcome one of the Championship Tour’s most respected stars, Connor O’Leary, to their surf athlete roster.

O’Leary, 28, is considered a surfer’s surfer. Powerful, precise, humble, and determined; the goofy-foot from Cronulla blew past his more-fancied rivals to claim the number one spot on the World Qualifying Series in 2017, begging a question asked by many global surf fans at that time; Connor who?

Within months, O’Leary was rated among the WSL Championship Tour’s top 10 after a runner-up placing in Fiji. By season’s end, O’Leary was ranked 13th in the world and easily claimed the prestigious Men’s Rookie of the Year crown.

“Conner has always been someone I have had the upmost respect for. As a surfer, he is clearly well-rounded, securing big results at grand-stand locations like Snapper Rocks and Tavarua in Fiji. Importantly, the way he carries himself, how he treats others and the respect he is shown in return, makes him a true gentleman,” says Ross.

“By re-qualifying in 2022, Connor has shown additional resolve and persistence. Carrying this experience into the year ahead makes him a more formidable opponent than ever. I am super pumped to help Connor and see him chase his dreams on this year’s Championship Tour.”

For Connor, the Hurley signing adds yet another tick to his list of surfing aspirations, it’s been on his personal wish-list since his days as a frothing grommet surfing around Cronulla.

“I have actually wanted to be sponsored by Hurley since I was a kid,” recalls O’Leary. “Hurley have always been seen as the most prestigious team to be a part of and they represent everything I stand for. So, I’m stoked to put the sticker on the nose of my board and represent the brand proudly. It’s a great way to start the year.” 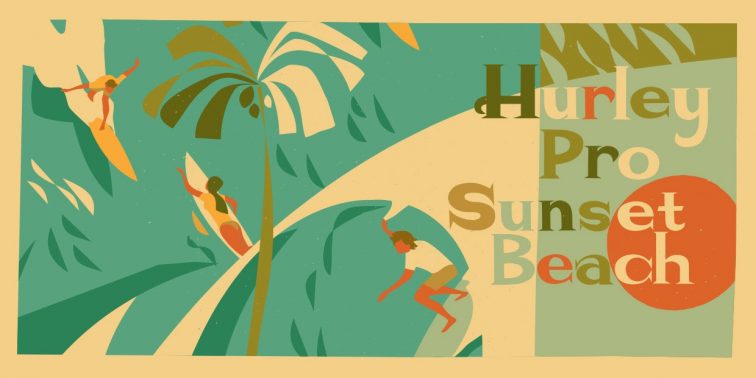 Hurley Pro Sunset Beach Presented by SHISEIDO
This will be the first time in 13 years that Sunset will host a Championship Tour competition. In the last CT held at Sunset, five-time WSL Champion Carissa Moore (HAW) took the win.

O’Leary started strong at Stop #1 at Pipeline, surfing as Connor described, “one of the best heats of my life” at big, flawless Pipe. Now he says he’s more ready than ever to tackle the shifting walls of Sunset.

“It’s awesome Hurley are sponsoring Sunset. It can be a very tricky and challenging wave. But I have been competing at Sunset since I was 19 and coming to Hawaii since I was 17 so I’m starting to feel really comfortable and at home there.

“This year I’ve also teamed up with Richard “Dog” Marsh (Coach and former Championship Tour surfer) so I’m excited to push my surfing and take it to the next level under his guidance. I have family travelling with me and lots of friends that live in Hawaii. I’m happy to start in Hawaii and I think it’s going to be a great year.”

As a venue, Sunset Beach looms large. In competition, it’s a title that not even the GOAT, Kelly Slater, has managed to claim. Aussies, however, seem to have an affinity with the place. And Connor’s power-base and renowned backhand attack, may give him some edge on Sunset’s giant, shifting deep-water peaks. 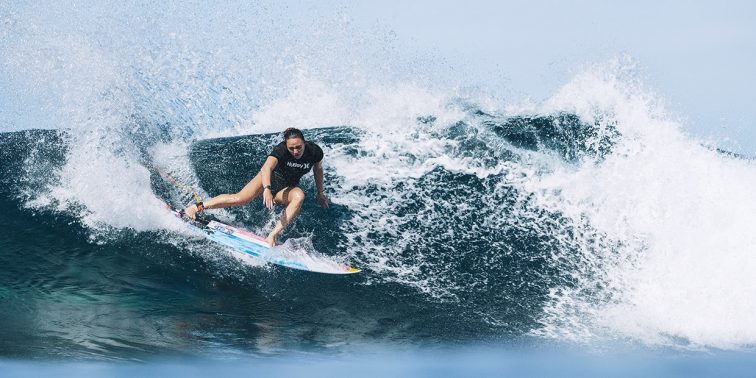 Hurley to Support Moore Aloha Foundation in Event Activation
The Hurley Pro Sunset Beach presented by SHISEIDO is not only a celebration of the world’s best surfing, but of Hawaii, and specifically the North Shore of Oahu, as a whole. As such, Hurley has partnered with North Shore based artist and surfer, Nick Kuchar to commemorate and bring the event to life. Kuchar is known for his vintage-inspired art, a style which he lent to all the event’s branding and official merchandise. While activating on Oahu, Hurley will support five-time WSL Champion Carissa Moore (HAW) as they host an event in conjunction with her non-profit organization, The Moore Aloha Foundation.

From everyone at Hurley Australasia, and our team around the globe, we look forward to an exciting, prosperous and adventurous 2022. 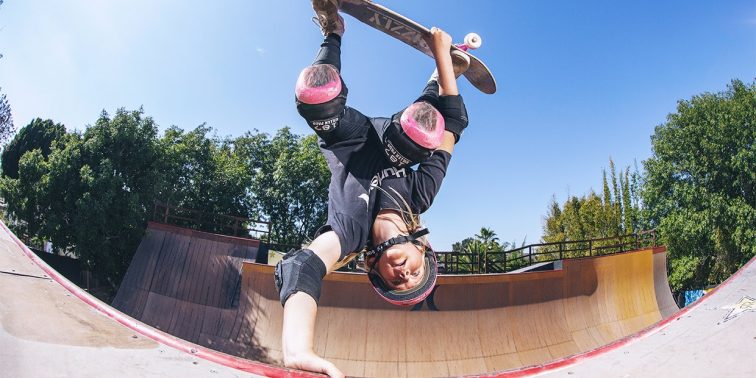