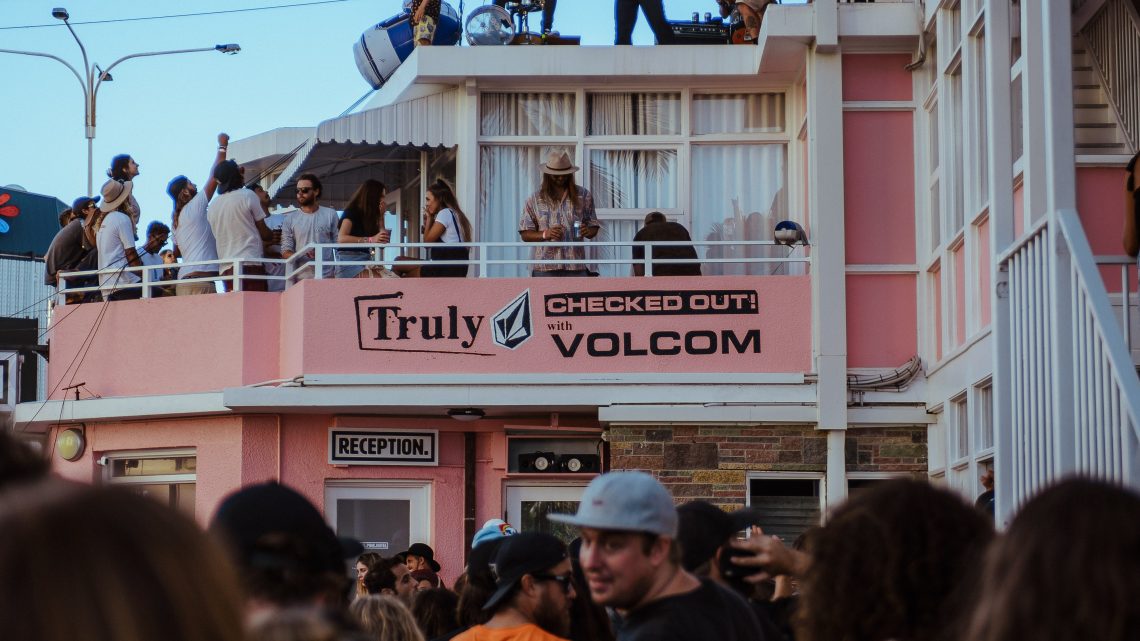 If you’ve ever been to a house party that just felt like an absolutely magical and cosmic explosion of the best party people on the planet, when everyone feels so in it together, where you could dance your face off and drink icy cold beers while smiling ear to ear at the sheer awesomeness of it all…then you might have a slither of an idea of the epicness that was the #VolcomPinkHotel party! 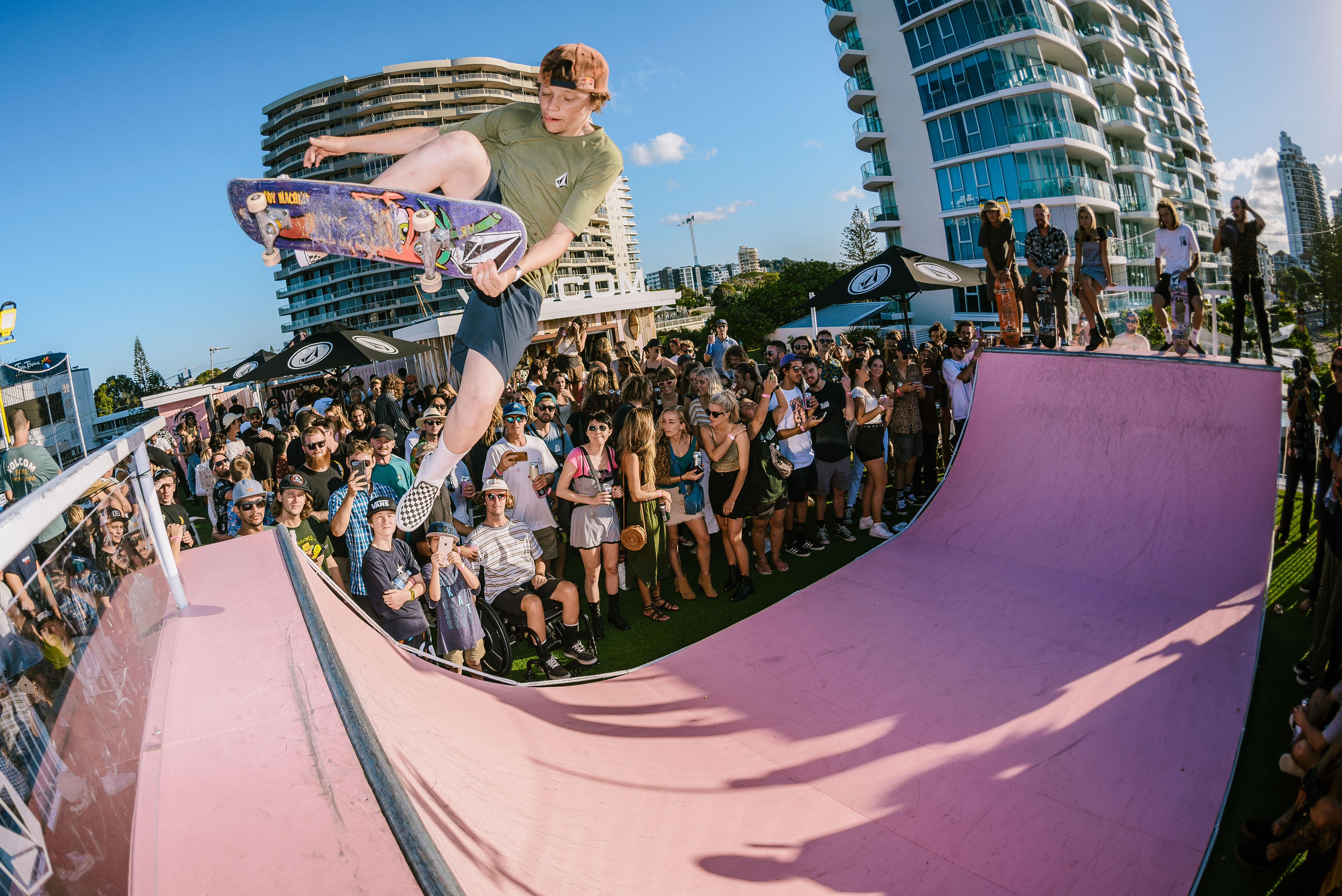 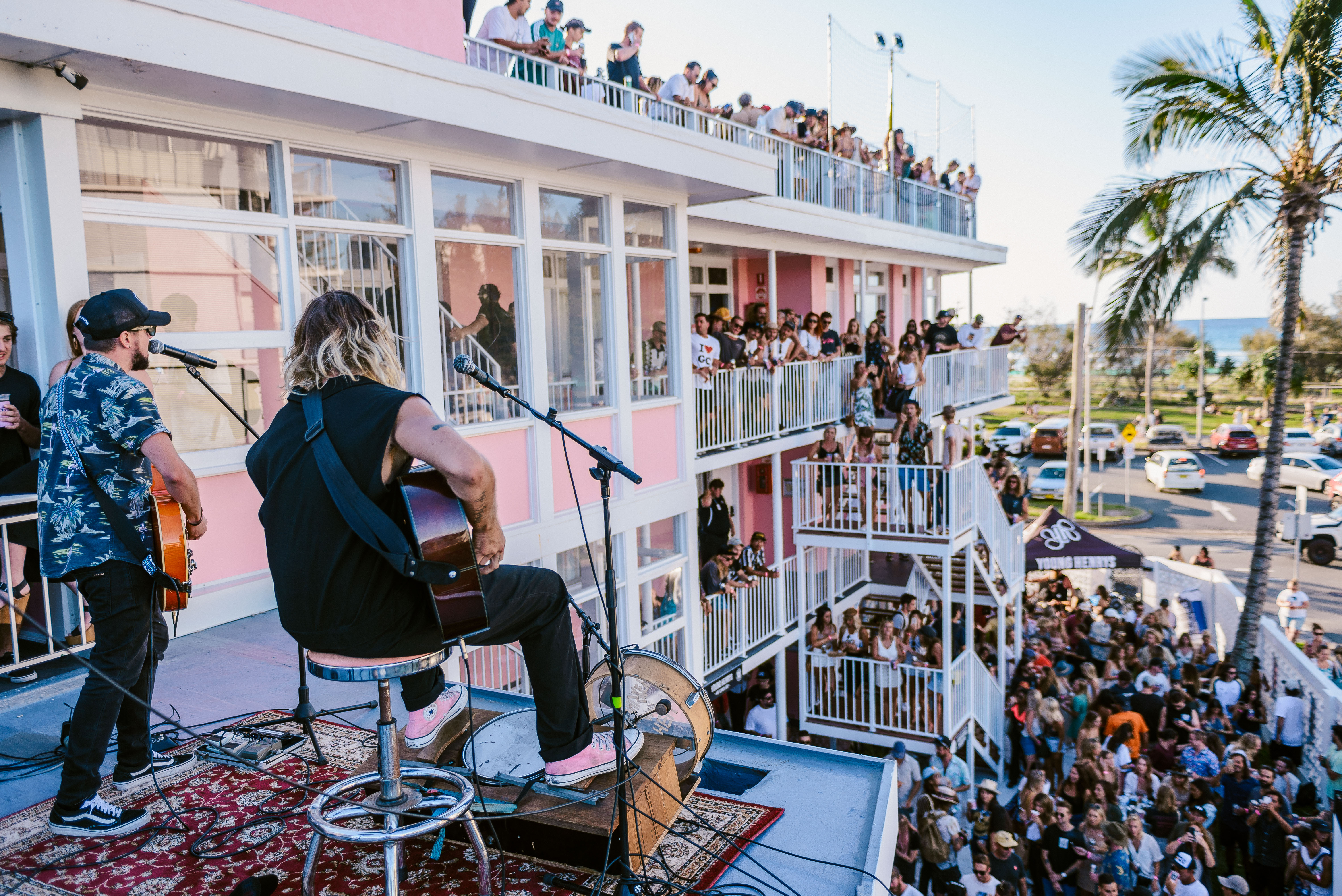 We’ve been referring to it as The Party Of The Decade for a while now here at Volcom HQ cause we knew what was coming…and now the hangover has passed and all is done n’ dusted we feel 100% confident to let it go down in history as just that. We’re fully CLAIMING IT! With no doubt in our minds that it absolutely was… Let it be known, The Volcom Pink Hotel was officially the PARTY OF THE DECADE. JOB DONE.

The stone clad gates of the Pink Hotel swung open at 12 noon and from that time the line to get in was bubbling and inside was absolutely popping off! 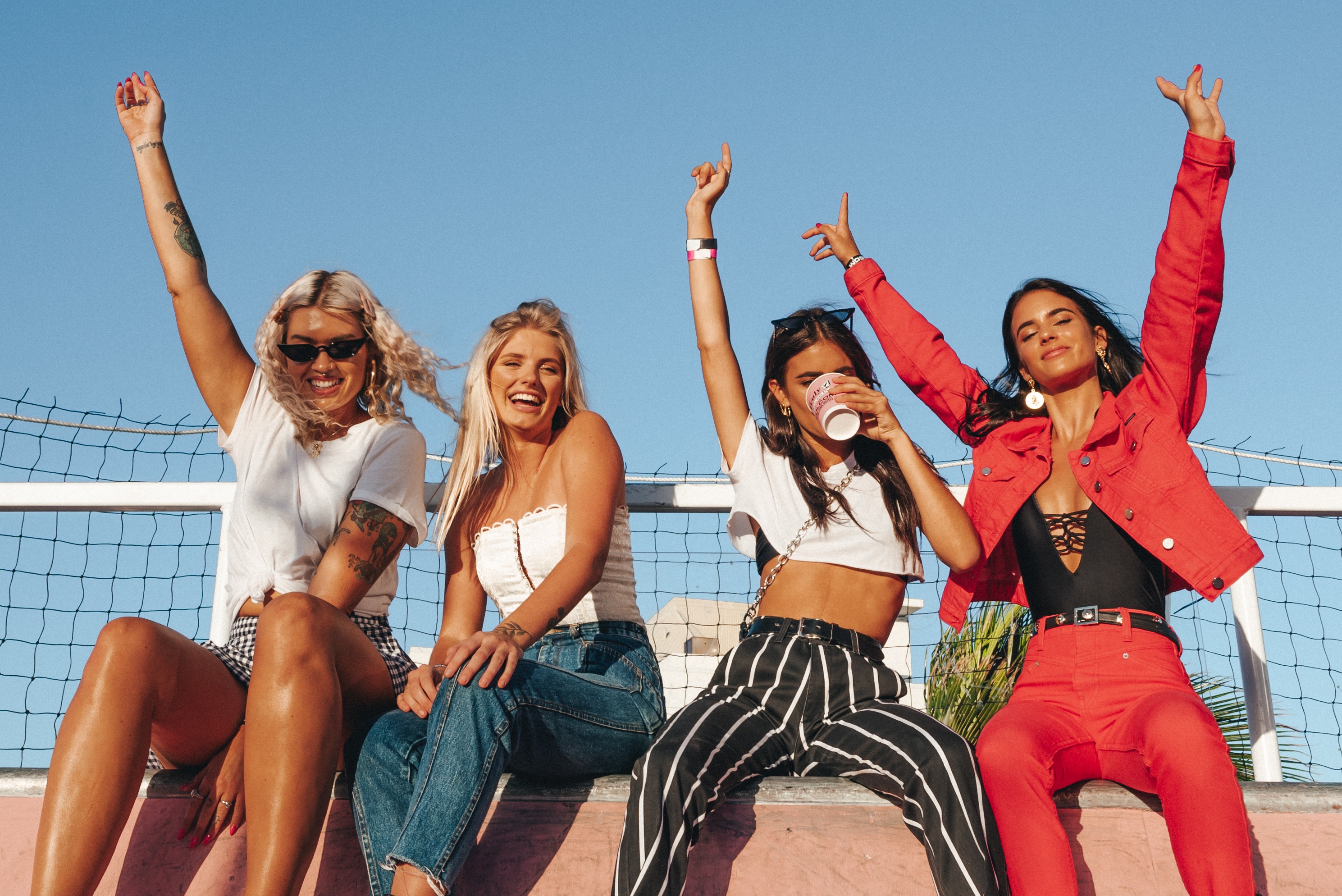 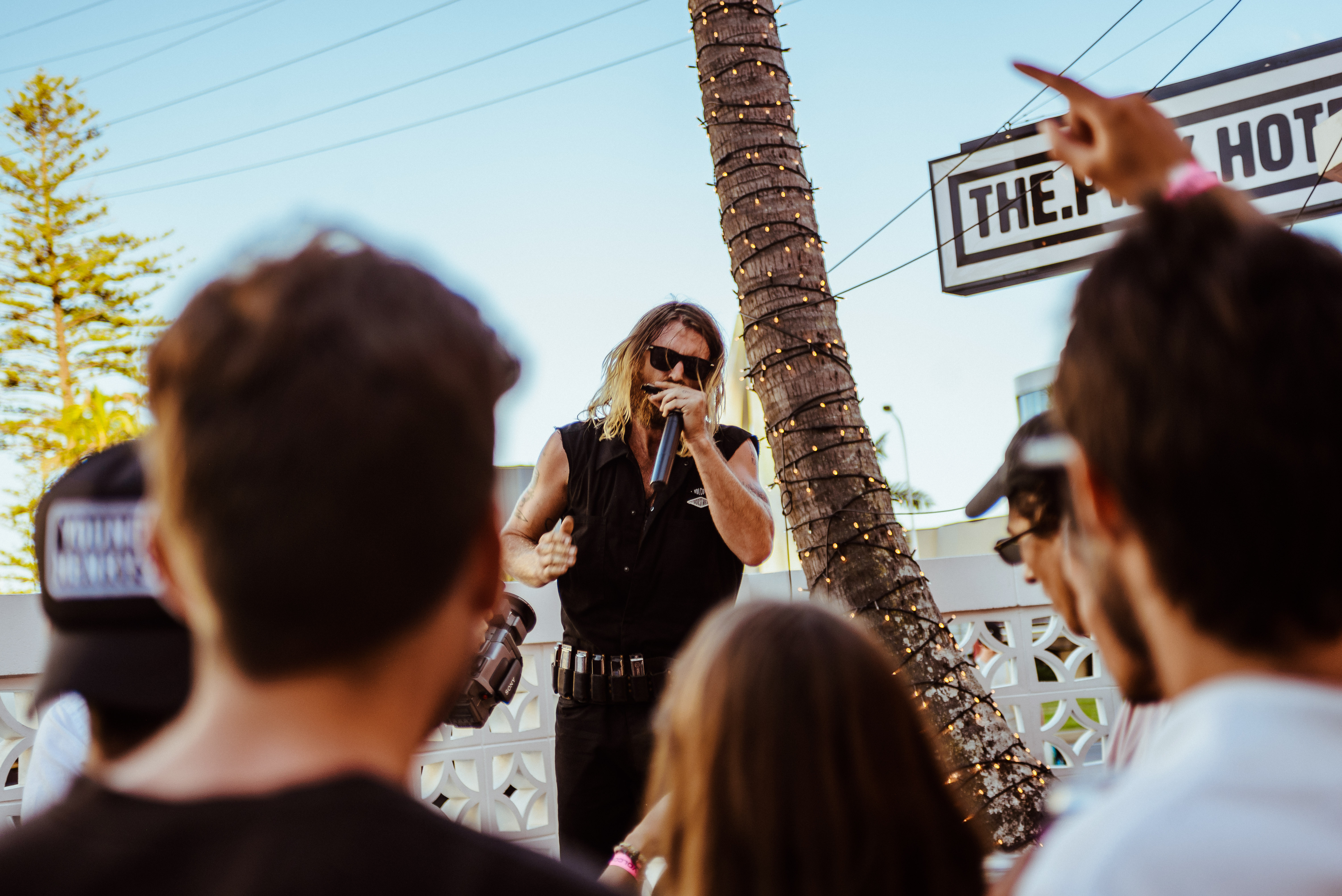 FREE beers from the legendary Young Henrys crew, live bands everywhere you looked – Sets from Noa Deans Band Blistar, Crum, Hell & Whisky and Hockey Dad totally slayed the rooftop with a DJ set that had everyone goin’ berko! The Volcom Skate team were shredding up the half pipe on the roof, All the Pro Surfers came to let their sun-bleached locks down.. Coco Ho came to boogie and had an epic posse of pros to share the dance floor with, even Stephanie Gilmore was seen doin’ the twist!

There was a moment where it felt as though we were all aligned and high on the Volcom vibes at the best place on earth, the sun was golden, the beers were kicking in, Hell & Whisky were ripping through a set on the roof and the party was bouncing and throwing around giant inflatable cans of Young Henrys beers while partying over three levels of the incredible Pink Hotel! It was a party synergy like never seen before! People were in the surrounding streets and apartment blocks getting down with us it was mental!
A Truly Magic experience.

Volcom Gets “Water Aware” with the Introduction of New, Water-Saving Denim