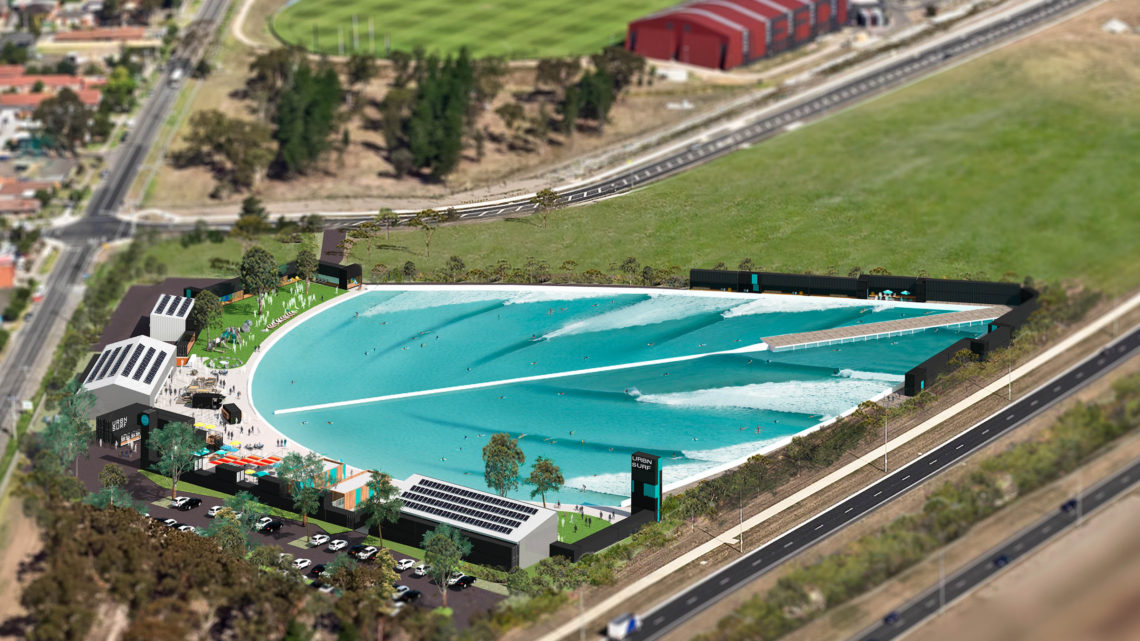 With planning consent already obtained and construction scheduled to commence in March 2018, the company expects URBNSURF Melbourne to be pumping out up to 1,000 perfect, 2m high ocean-like surfing waves every hour by Easter 2019.

Located adjacent to the Essendon Football Club on Airport Drive, and just 16 kilometers north of Melbourne’s CBD, URBNSURF Melbourne has been designed to be an innovative surf sports, leisure and entertainment facility centered around a world-class surfing lagoon. At 2.1 hectares in area, the lagoon will be similar in size to the MCG and will host up to 84 surfers per hour across six different surfing zones. 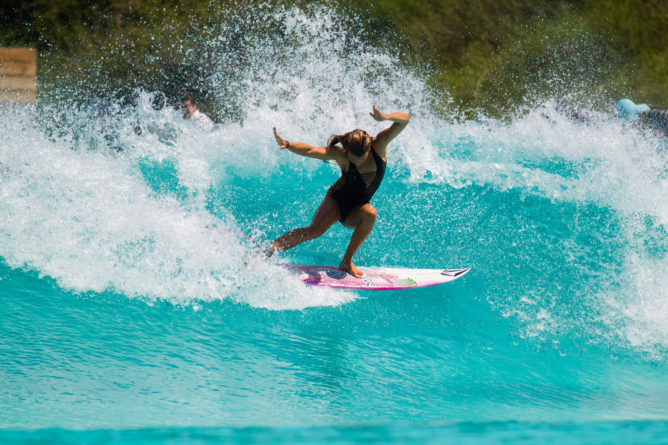 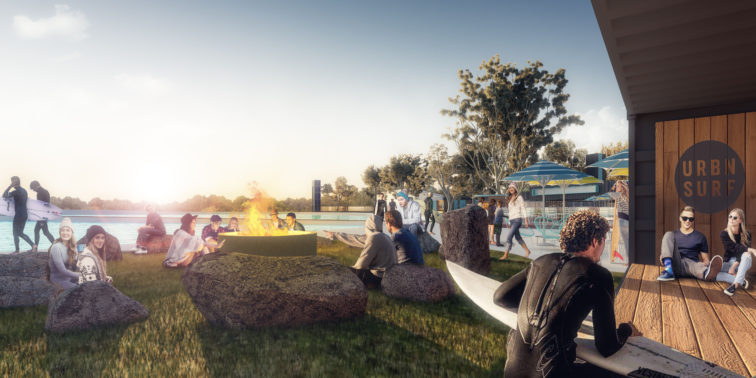 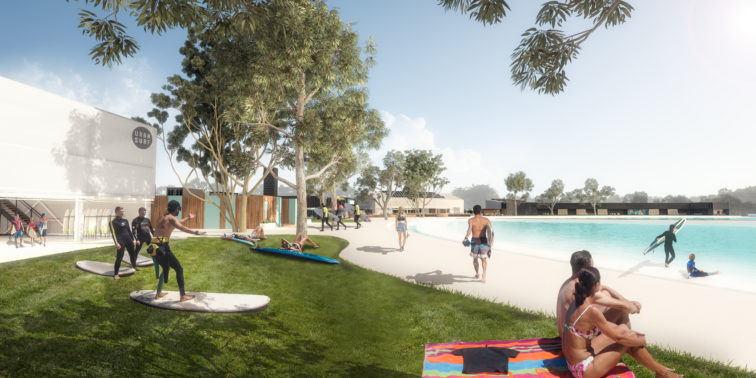 URBNSURF’s Founder and Executive Chairman, Andrew Ross said “we are delighted to be bringing the southern hemisphere’s first surf park facility to Melbourne, the traditional home of Australian sport. Melbourne’s 200,000 or so existing surfers, plus all of those who want to give surfing a go, will now be able to enjoy high quality surf, year-round, and all within a 25-minute drive of the Melbourne CBD.”

He added, “URBNSURF Melbourne unlocks the geographic limitations of surfing by bringing the beach to your backyard. We are aiming to provide surfers of all abilities the opportunity to engage in their sport more frequently, conveniently, and safely – allowing them to simply ‘surf more’”.

$28.3 million in development capital was recently secured by URBNSURF from a range of Australian-based, well-known high net worth investors and private-equity sources. These funds will fuel the company’s construction activities in Melbourne together with activities associated with its other two surf park projects in Sydney and Perth.

The company is delighted to be working with Melbourne Airport in delivering Australia’s first surf park, a significant piece of sporting infrastructure set to contribute positively to the airport’s new “Elite Park” precinct for decades to come.

Melbourne Airport’s Chief of Property Linc Horton said “We’ve earmarked this precinct as an area where we can focus on building a real experience centre – somewhere that not only develops the airport estate, but does so in a way that opens up new leisure experiences for the communities around the airport as well. Opening up this area of the airport for experiences like URBNSURF Melbourne will bring a whole new industry to the area, resulting in hundreds of additional jobs being established at the airport and a new world of opportunity for young people from the suburbs surrounding it.”

URBNSURF Melbourne will be the first commercial surf park in the world to feature the latest Wavegarden® “Cove” wave generating technology, which is the product of over 12 years of R&D by a team of 50 engineers based in Europe. “We are excited to be working with URBNSURF to bring the world’s first public Wavegarden® Cove to Victoria, and to create Melbourne’s first surf break” said Josema Odriozola, Wavegarden’s Founder and CEO. “Australia has a large population of active surfers, plus many people that would like to learn to surf. We’re confident that our technology will deliver high-quality waves and surfing experiences for guests of all abilities. We look forward to collaborating on URBNSURF’s other planned developments in Sydney and Perth.” 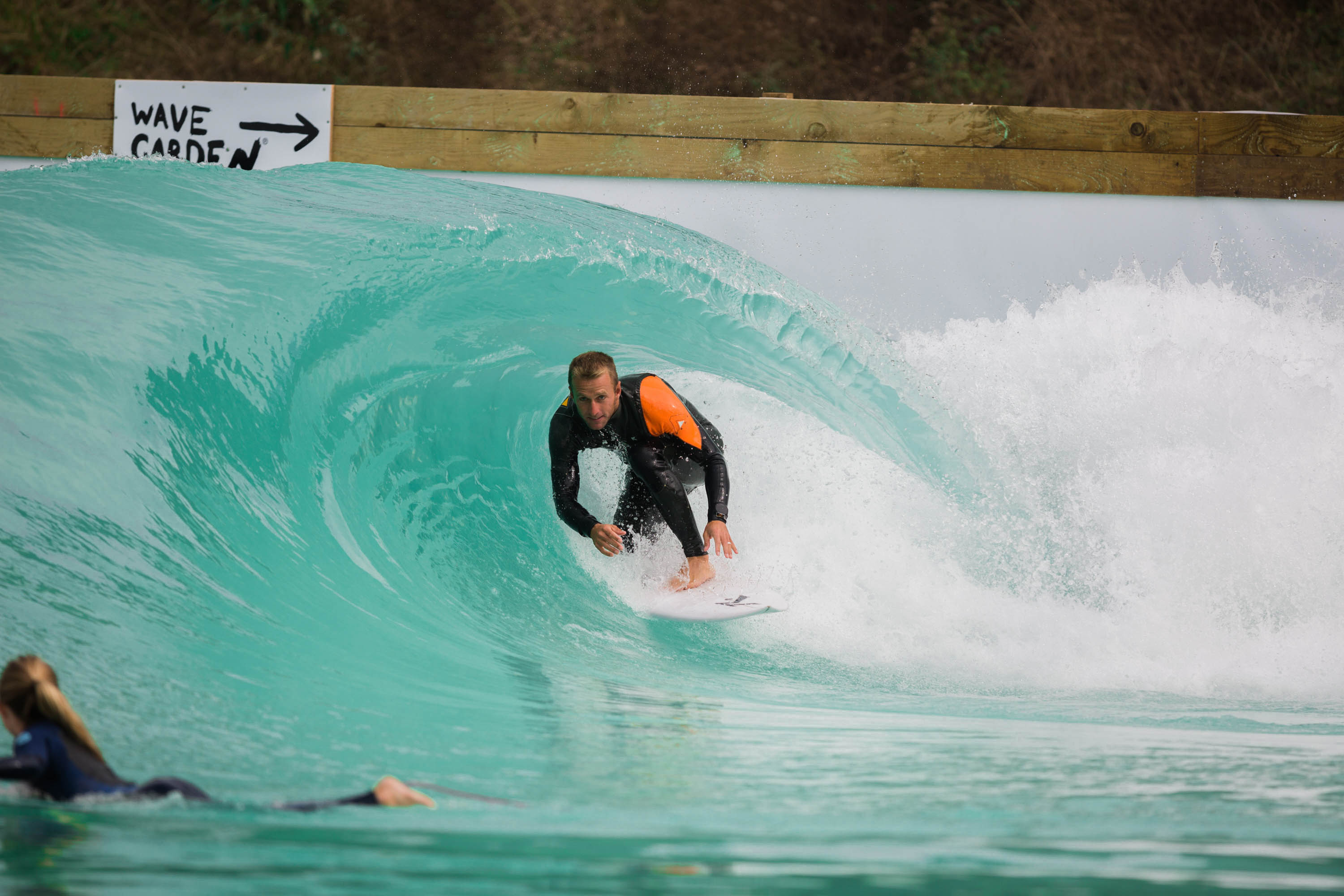 In addition to the incredible surfing experiences on offer in the facility’s 2.1-hectare surf lagoon, URBNSURF Melbourne will regularly host a variety of cultural, food and music festivals, action sports events, “expression sessions” with elite athletes, and amateur and professional surfing competitions. With surfing now confirmed as an Olympic sport for the 2020 Tokyo Games, URBNSURF Melbourne is uniquely positioned to assist the Australian surfing team to train and prepare for their campaign.

Surfing Victoria’s CEO, Adam Robertson, said “Surfing Victoria is stoked to see the continued progression of wave pools throughout the world and in particular the URBNSURF development in Melbourne. The ability to provide a facility that improves participation through learn to surf programs, but at the same time has the capability to produce high performance waves for the training and development of elite surfers, is incredible. This will be a fantastic boost for our development pathways, surfing programs, educational courses and events.”

The company is currently developing surf park facilities at Sydney Olympic Park (“URBNSURF Sydney”), and in Perth at Tompkins Park, Alfred Cove (“URBNSURF Perth”), and aims to develop up to ten world-class surf parks in Australia by 2028.

Next post How to build your brand’s trust economy