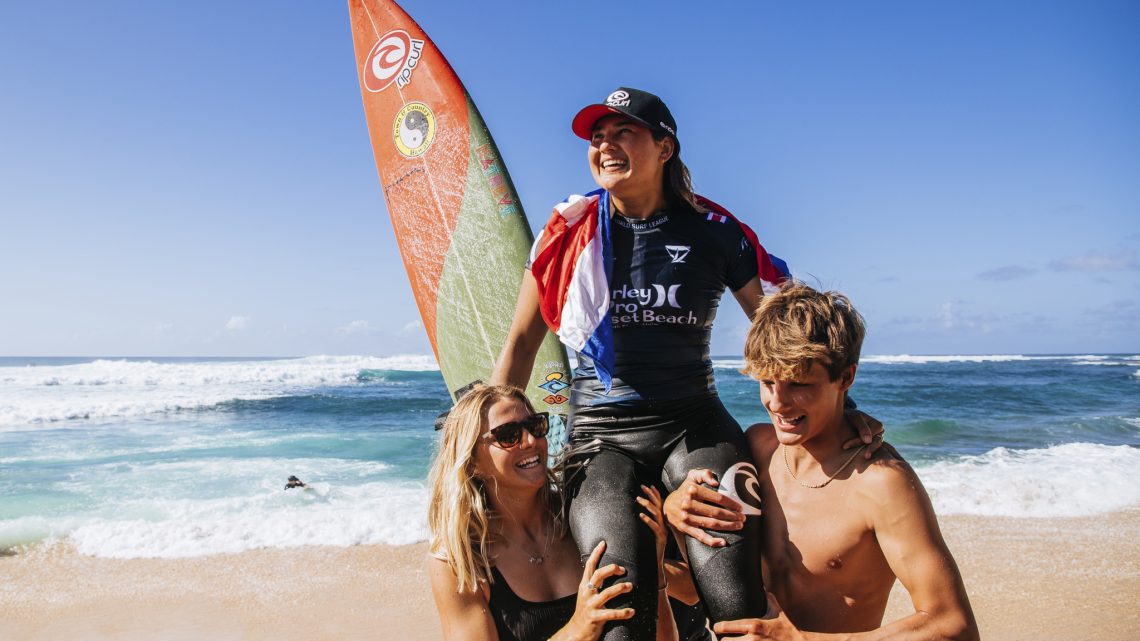 Rip Curl HQ Torquay, VIC, Australia (February 22, 2022): Brisa Hennessy has taken the win at the second stop on the World Surf League (WSL) Championship Tour (CT) at Sunset Beach, in six-to-eight foot surf. This win marks the first CT victory for Hennessy, as well as the first time a Costa Rican has won a CT event. Hennessy now climbs to World No. 1 on the WSL rankings.

A Final with hefty implications unfolded as Hennessy and local charger Manuel battled to see who would take the No. 1 spot on the World Rankings. Hennessy started off her first-ever CT Final with an early lead but Manuel’s opening 6.33 put her right back in the heat and quick in-and-out to take the lead before making a priority error halfway through the affair.

Hennessy’s 5.23 put her back into the lead and required a 4.73 of Manuel heading into the final six minutes as the Kauian went for it all on a major manoeuvre and fell from the top to the bottom. Brisa found one last opportunity and turned in a 7.00 to secure her a massive victory, the country’s first on the CT.

“I’ve just dreamed about this moment and never thought it was possible,” said Hennessy. “It was an honour to surf against Malia. I feel like she has such an amazing connection out here and just all the people in my life, thank you. This is the reason I was able to do this today.”

“You definitely reflect and think about all those moments that brought you here and made you who you are,” added Hennessy. “I barely made it back into the CT. I had to go to the Challenger Series and that was an emotional rollercoaster. I think it’s the people that are behind you and in your village that make you who you are and really are your light. My family, my friends, my mom and dad, my grandparents, Glen Hall who was with me since the beginning in my rookie year and has seen me grow and has seen me at my lowest. Costa Rica’s given me so much, it’s literally given me the gift of surfing. The gift of the ocean and the gift of connection to so many people around the world. I hope I can carry the love of Pura Vida around the world and hopefully inspire people.”

Brisa now wears the yellow jersey heading into the third stop of the 2022 WSL Championship Tour in Portugal, with the waiting period starting March 3.

Stay up to date with Rip Curl:

Next post GETTING TO KNOW WICKS SURF WITH PETER 'SPUD' THOMSON