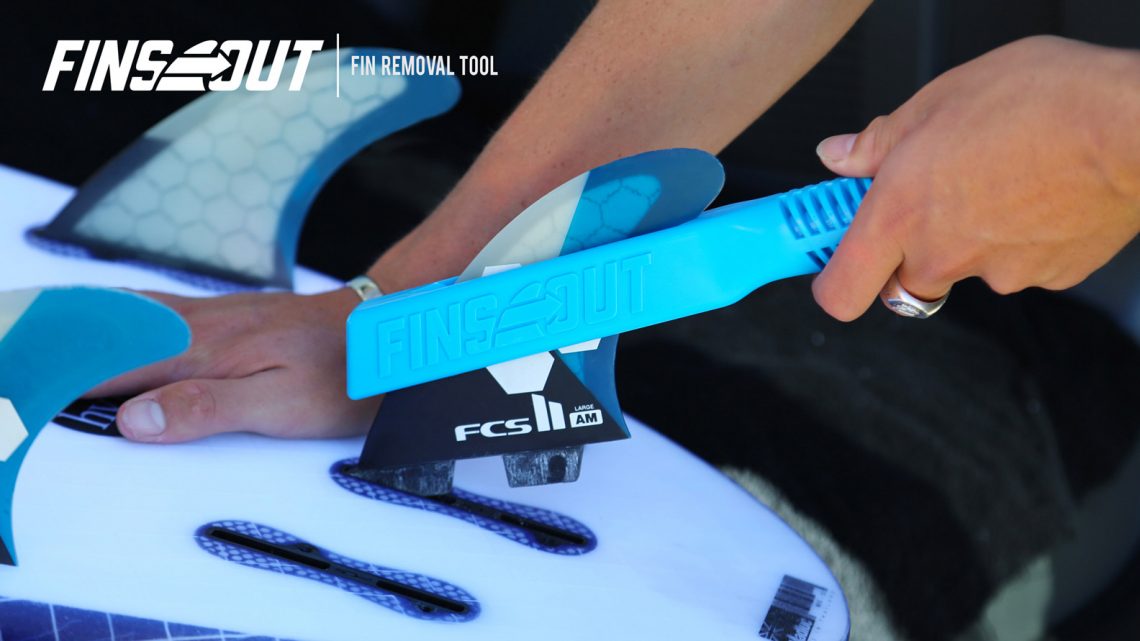 FINSOUT and Surf Hardware International (SHI) have signed an exclusive global distribution agreement to bring the new Finsout® fin removal tool to surfers the world over.

The patent-pending design, which enables you to change your FCS II fins with a simple flick of the wrist, was released earlier this year to universal acclaim from core and professional surfers alike.FCS Brand Ambassador and former WCT competitor Richie Lovett commented, “As someone who likes to change my fin set-up almost every session, this tool now makes that process so much faster”.

With SHI having offices in the USA, Europe, Japan and Australia, and distribution in over 60 countries worldwide, Finsout®  inventor Kris O’Brien is understandably stoked to have signed an agreement with the largest distributor of surf accessories in the world.

“To have access to the distribution resources of such a well-established company means the Finsout® tool will now be available wherever FCS II fins are sold”, O’Brien said.

Finsout® will be available through Surf Hardware International stockists worldwide from November, 2018.

Finsout® is a handy fin removal tool compatible with the revolutionary FCS II system and fins that was invented by Kris O’Brien who has built a long-term career in the action-sports industry, both as a sales person and entrepreneur.

Surf Hardware International (SHI) is the world’s largest distributor of surf accessories. With headquarters in Australia, plus regional offices in the USA, Japan and Europe, they service over 60 countries, with core surf accessory products from brands such as FCS, Gorilla, Softech, Hydro, Headhunter and Kanulock.

Next post AN IMPORTANT MESSAGE FROM DRAGON ON MENTAL HEALTH

Previous post HOW TO CREATE A BUSINESS YOUR CUSTOMERS WILL LOVE?