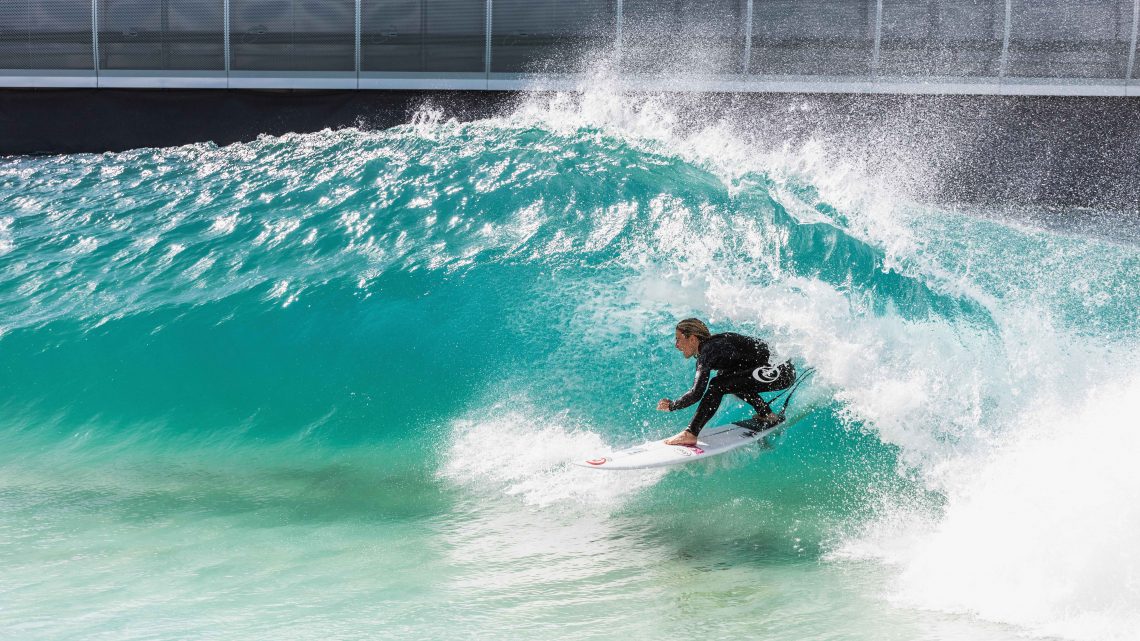 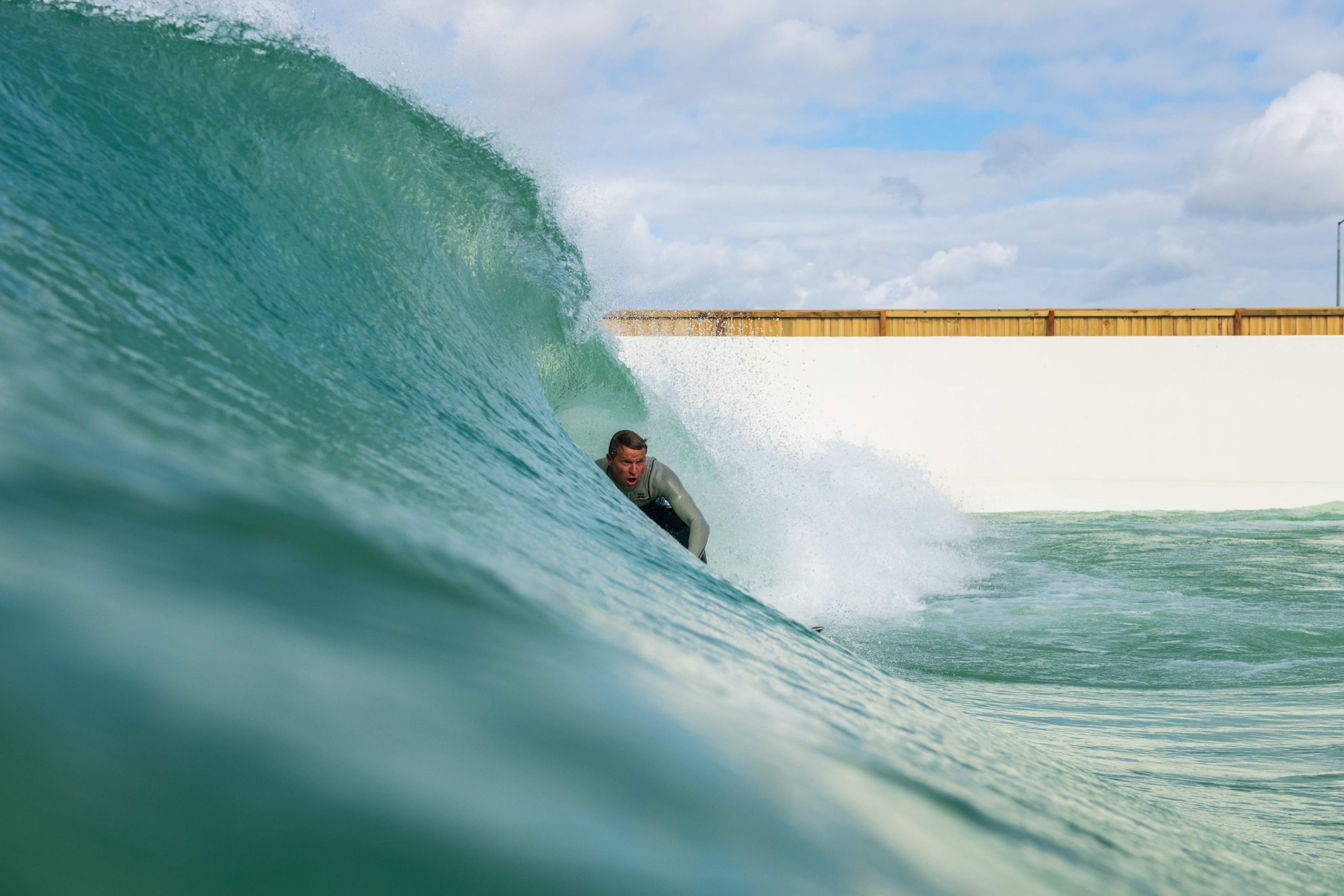 URBNSURF is stoked to announce that the first perfect waves have been ridden at URBNSURF Melbourne, located just minutes from Melbourne Airport’s terminals and 16 kilometers north of the Melbourne CBD. Ranging from gentle, knee- high waves for beginners, through to steep, barrelling waves designed for advanced surfers, Australia’s first surf park is busily preparing its “wave menu” and completing its buildings and amenities ahead of opening to the public in January 2020. 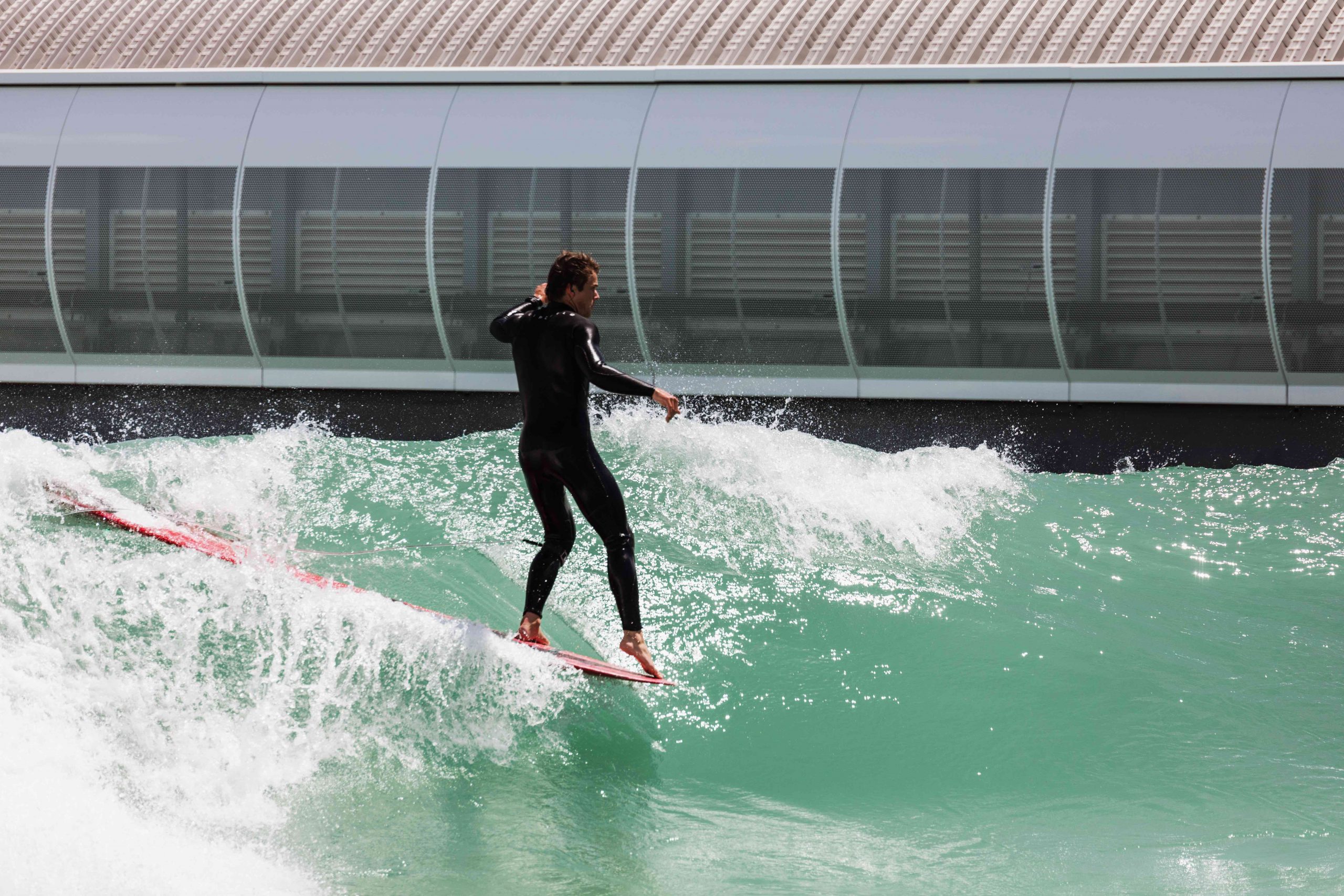 Shaped like a baseball diamond, URBNSURF Melbourne’s two-hectare surfing lagoon (similar in size to the MCG) offers both left and right breaks. Capable of accommodating surfers of all ages and abilities simultaneously across multiple surfing zones, the innovative sports and leisure venue will be open day and night, year-round. Guests can choose to “freesurf” in URBNSURF Melbourne’s beginner, intermediate or advanced surfing zones in 1 hour surf sessions, or learn to surf as part of a structured 1 hour and 45 minute lesson. Inaugural Foundation Memberships are on sale now via URBNSURF.com, with further memberships, “multipacks” of surf sessions and lessons, and gift cards to be released prior to Christmas.

A venture more than seven years in the making, URBNSURF’s Founder Andrew Ross is elated that Melbourne is now home to an accessible, safe and inclusive place to surf.

“It’s a monumental achievement for the URBNSURF team, our shareholders and our strategic partners who have been involved in helping us bring URBNSURF Melbourne to life. We’re extremely proud to be celebrating this achievement today with some of the sport’s most respected surfers riding waves with us in Tullamarine, and we can’t wait to open in January 2020 to help Melburnians, Victorians, and visitors from Australia and around the world to surf more.”

“Whether it’s learning how to stand up on a board for the first time, or pulling in to challenging barrels without having to travel for hours, or be at the mercy of the elements – URBNSURF Melbourne is set to become a new hub for the Victorian surf community and a must-visit destination for locals and tourists alike,” he added. 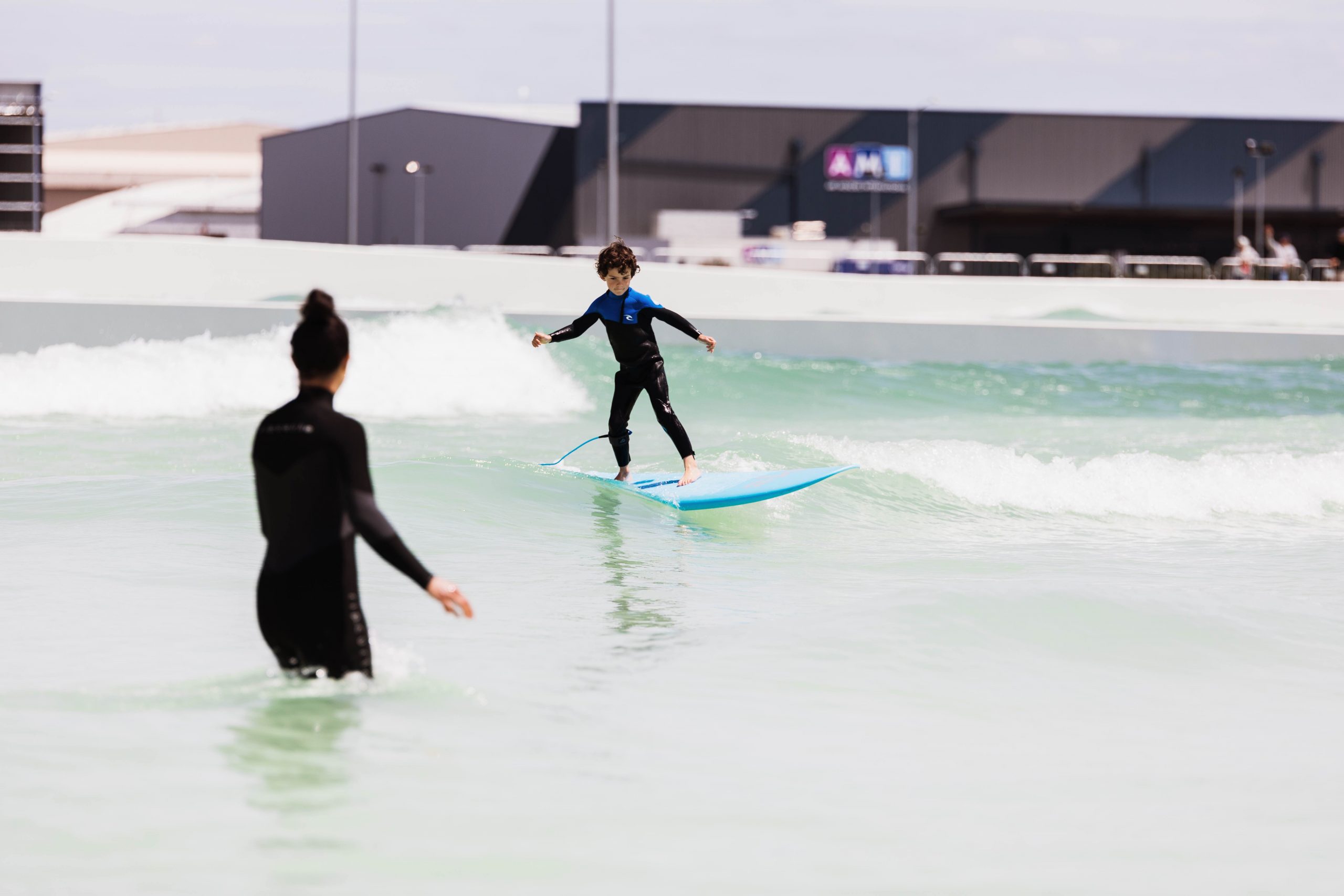 With perfect waves pumping and being ridden at the surf park, attention will now be directed to URBNSURF Melbourne’s highly anticipated public opening in January 2020. With millions of Australians surfing recreationally, and 37.3 million travellers passing through Melbourne Airport in FY18/19, the demand for URBNSURF Melbourne’s perfect waves is expected to be strong. Following the public opening, over 2.5 million waves are expected to be surfed each year, and over 100 new job opportunities will be created for the local Hume area.

Melbourne Airport’s Chief of Property Linc Horton said URBNSURF Melbourne will be a great addition to the airport, while enhancing recreational activities for all Melburnians.

“We’re working to create an elite sports precinct right here at Melbourne Airport known as ‘Elite Park’ which will service travellers, the community and wider Victoria. URBNSURF Melbourne is set to play a big foundational role as part of the precinct and we look forward to its opening in a few months,” said Mr Horton.

Coinciding with the first waves surfed at URBNSURF Melbourne, the surf park is proud to announce its three-year partnership with Surfing Victoria, the state’s organising body for surfing. The strategic partnership will see Surfing Victoria deliver ongoing training to URBNSURF’s coaches and staff, advise on the park’s Surfing Academy, boardriders club and competitions, and assist with broader education and advocacy.

“We’re pumped to be partnering with URBNSURF Melbourne and to be a part of this milestone event of seeing and surfing the first waves,” said Surfing Victoria CEO Adam Robertson. “The inclusive nature of what URBNSURF is aiming to achieve with the surf park – to open the sport up to all ages and abilities – complements Surfing Victoria’s purpose of enriching Victorian communities through surfing,” he added.

Utilising Wavegarden’s next-generation Cove technology, URBNSURF Melbourne’s surfing lagoon will deliver high-quality, authentic surfing waves. At the push of a button, the size, shape, power and frequency of the waves can be adjusted to suit all abilities, from first-timers through to elite professionals.

In addition to the pumping waves, URBNSURF Melbourne will also delight visitors with delicious, local and sustainably- sourced food and beverages by leading restauranteurs (and avid surfers) Three Blue Ducks. The venue will include indoor and alfresco seating, and will be open to the public and park guests for breakfast, lunch and dinner, offering visitors impressive views of the lagoon and surfing action.

“We’re pumped to see the waves barreling at URBNSURF – and we’re exited to be bringing our love for ethical, real food down to Melbourne when the park opens. Sitting back with a good feed and views of the surf, it’s going to be epic,” says chef and co-owner Andy Allen.

From today, URBNSURF Melbourne’s inaugural Foundation Memberships are on sale via URBNSURF.com. With only a limited number available and including an exclusive, pre-opening surfing experience in December, they’re expected to sell fast! To purchase a membership and be one of the first to surf at URBNSURF Melbourne, visit www.urbnsurf.com and follow URBNSURF on Instagram (www.instagram.com/urbnsurf) and Facebook (www.facebook.com/urbnsurf) for all the latest news.

ABOUT URBNSURF URBNSURF is a proudly Australian company with offices in Melbourne, Sydney and Perth. The team are passionate, lifelong surfers, who are stoked to be building Australia’s first urban surf parks to help people of all ages and abilities to surf more, and to surf better. URBNSURF Melbourne will be the company’s first venue, followed closely by URBNSURF Sydney at Sydney Olympic Park, with further projects planned around the country.

THE URBNSURF LAGOON HAS COME TO LIFE, AND IT’S PUMPING IN TULLAMARINE.