After two years of research and development, JS Industries released its new HYFI surfboards this summer and the response has been positive and the boards are getting rave reviews from team riders and customers. There have been numerous efforts over the years to make lighter surfboards without compromising strength with Epoxy and EPS (expanded polystyrene) the main focus.

In the first stages of the HYFI development, JS started with an EPS core. “An EPS core with no stringer is the most flexible base we know of. From there we began the painstaking process of balancing strength, weight and flex. 100 prototypes with a range of different cores and materials, put together in every conceivable way. Adding carbon to areas requiring strength and rigidity, Olefin fibres to those needing more strength and flex, or a combination of layers when neither would do the job exactly right

JS team riders were involved in the development process from the beginning, working with the designers, regularly testing prototypes and giving their feedback.

“The process was design, develop, surf. Over and over with endless updates and improvements to every little detail. Now it’s all paid off. We feel we’ve reached the pinnacle of surfboard construction to date. The HYFI is precision engineered to be faster, stronger and lighter than anything else out there.”

These boards have more spring, more speed and more acceleration. 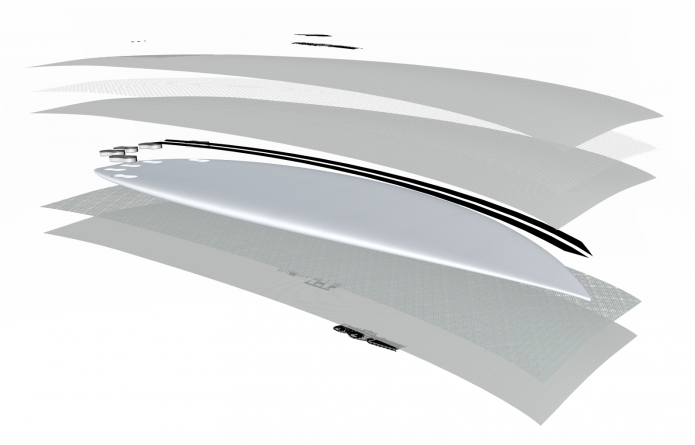 Combined with the complex layering process, the lightweight nature of HYFI translates to an efficient transfer of energy from surfer to board, without the typical “chatter” associated with standard EPS construction. The Hybrid Fiber Diamond Exoskeleton serves to maintain the explosive life of EPS, yet reduce any unwanted bounce, meaning it stores energy and releases it only when directed. The result is a very responsive surfboard.

After he surfed is his first HYFI, Dusty Payne was raving about it, especially after scoring a near-perfect ride at Snapper on one in his very first CT heat of the year in 2015.

“The projection you get from all the spring that it holds is incomparable. You can’t really match it with any other board! It’s easily up there with the most fun equipment I’ve ever ridden. At the start I was flying into the lip a lot quicker than I expected, but once I had that worked out, it was a massive bonus. You can look at places on the wave that you wouldn’t have imagined getting to before. “

HYFI has been pushed to its absolute limits, from giant airs in average waves to serious beatings in heavy water. It was put through extensive tests, the results being it is 30% stronger than standard PU construction.

Again it was the team riders who put the board through it’s paces and been thrashed by Dean Morrison thrashed his HYFI in big Indo barrels and taken through an entire season of the best (and worst!) the Pacific can offer by Makua Rothman. The prototypes were put under a lot of pressure, tour surfers Joel Parkinson, Owen Wright and Julian Wilson, confidently riding barrels and throwing down big airs during events last year. 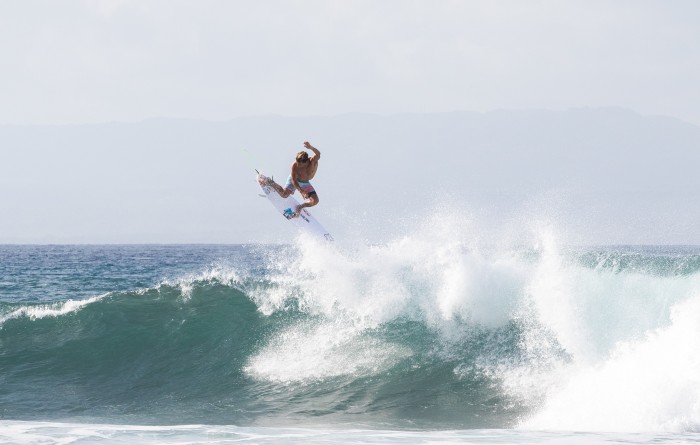 “From two foot waves at home to surfing the waves that we surf on tour I feel comfortable in all conditions and I feel like I’m on the best equipment that I can be for all of those conditions. I’ve found through working with JS that I do have that ability to settle with one shaper and still have that excitement and have those boards under my feet that I feel are the best.”

The motivation for the time put into the HYFI was to produce boards that are not only stronger, but also lighter and faster. “It took our exact combination of materials, layering processes, and exclusive construction techniques to create the incredibly durable exoskeleton we now know as HYFI.”

The boards are 20% lighter than standard PU construction; HYFI has been perfected at team weight.

Every board is weighed and customers can be confident that a new HYFI will be the exact same weight as whatever high-performance prototype is being ridden by Joel or Julian at the time.

For Parko the board’s advantages are about speed. “I think the speed coming out of a turn is what I love the most. You can feel when you’re half way through, it doesn’t bog down – it just accelerates more, which makes for fun surfing.”