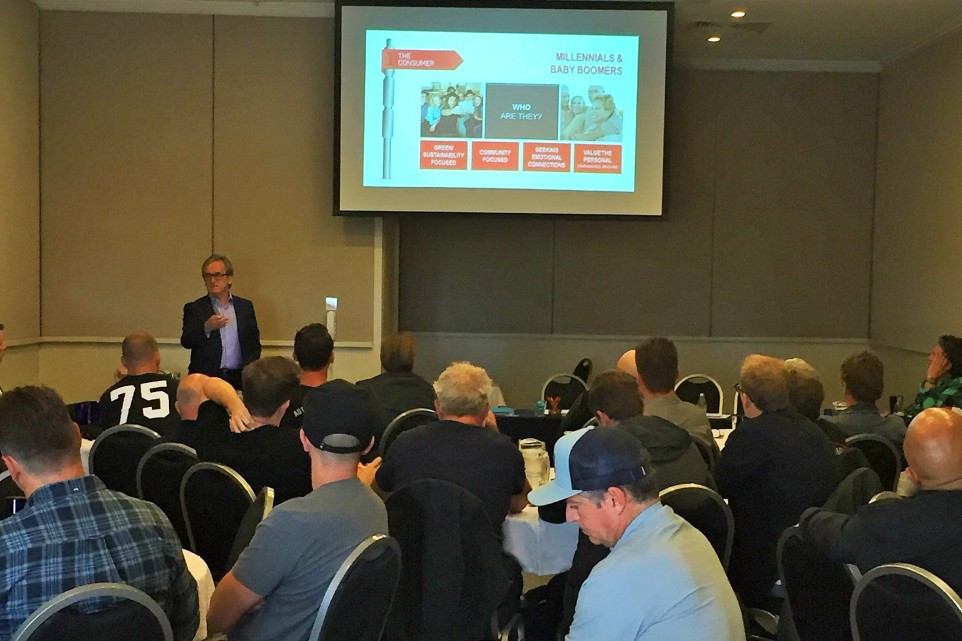 The SBIA held another successful roundtable at the Coogee Bay Plaza in Sydney on Oct 27 with 45 people, a mix of retailers and brand reps, in attendance. The day started with an update from the SBIA board followed by some discussion from the floor about the 2016 Surf Industry Awards.

Two speakers were booked for the day, the first session with Tom Piotrowski, market analyst and economist from CommSec, the second with Jack Hanrahan from retail relations from Westfield’s Scentre group.

Tom’s presentation focussed on the economy, its current state, where it is headed and what it all means for our industry. Overall Tom believes the Australian economy, now celebrating 24 years without a recession, is traveling OK and some of the dire commentary is misguided. The subjects he focussed on during his 90 minute talk included:

After a short lunch Jack Hanrahan’s talk focussed on the changing aspects of retail in the near future, his presentation titled “The Tectonic Shift in Retail”.

Jack talked about what he believe to be the four key drivers of the change:

Within those key drivers there are a lot of different factors at work and although it’s a changing world the basic retail tenants of the customer experience and customer service are still vital.

The third session was an open discussion about the pros and cons of the four seasons. Now just a little into its second year, the four seasons concept has had some teething problems, but the consensus was that it is important to have fresh product in store and to stick with it. Some of the points raised in the discussion were:

The feedback from those who attended the roundtable was positive, particularly from a few retailers who hadn’t previously made it to a roundtable event. Details of the next Round Table will be published in the lead up to the event.