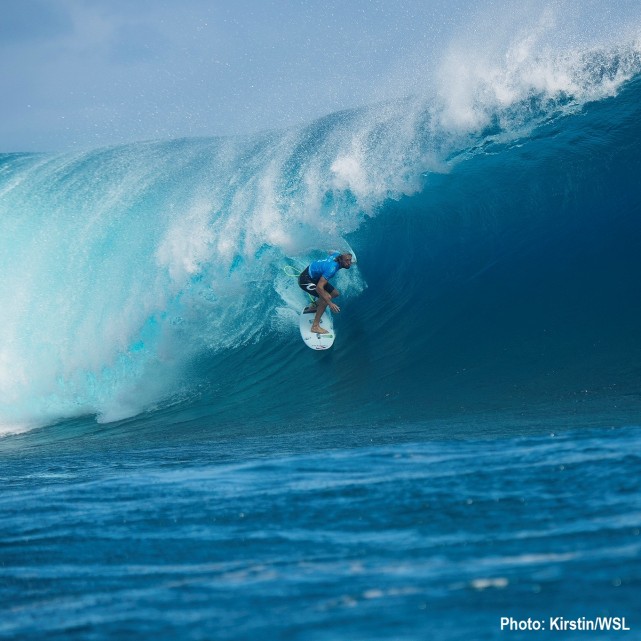 Owen Wright of South Coast, NSW, Australia (pictured) winning at the Fiji Pro posting a Perfect 20.00 (out of a possible 20.00) heat score in the FInal at Cloudbreak on Tuesday June 16, 2015.

The latest WSL event in Fiji will no doubt be one of the best events of the year, after it wrapped up in pumping waves at Cloudbreak, with Owen Wright back in the winner’s circle. While there we’re plenty of outstanding waves ridden, the event will be remembered for Owen Wright’s incredible tube-riding and his two perfect heat scores, including the final. Owen was completely in synch with the ocean, taking off deep and late on the best waves, executing flawless speed control inside the barrel, getting super deep and maximising his time in the tube.

It was a pleasure to watch such perfect surfing.

Of course Owen’s boards and his close relationship with shaper Jason Stevenson were crucial to his performance. The board he was riding was a JS “Forget Me Not”, which Jason concisely describes as “a high performance surfboard for really good waves.”

Owen rode two versions of the Forget Me Not, a shorter one during earlier rounds when the waves we’re smaller and then a 6’4” in the final. The board is a stock model and the dimensions:

MODEL: Forget Me Not

While Jason shapes boards for some of the world’s best surfers – Owen, Parko, Ace Buchan and Dusty Payne – JS surfboards is also one of the most successful surfboard manufactures in Australia, catering to all surfers. The JS Blak Box 2, described as your every day all-rounder was on of the success stories of last summer and was Surfboard of the Year runner up at this year’s surf industry awards. 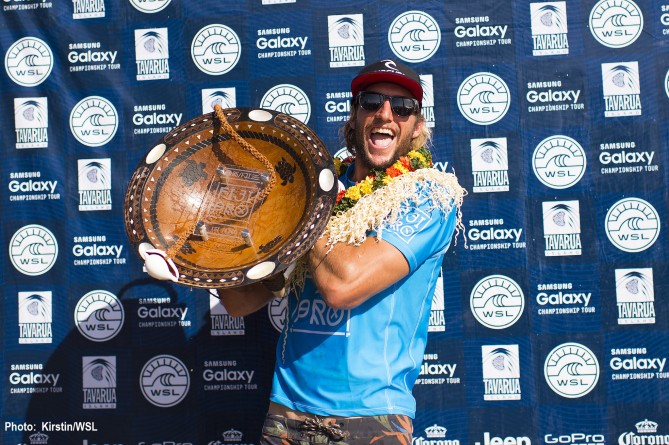