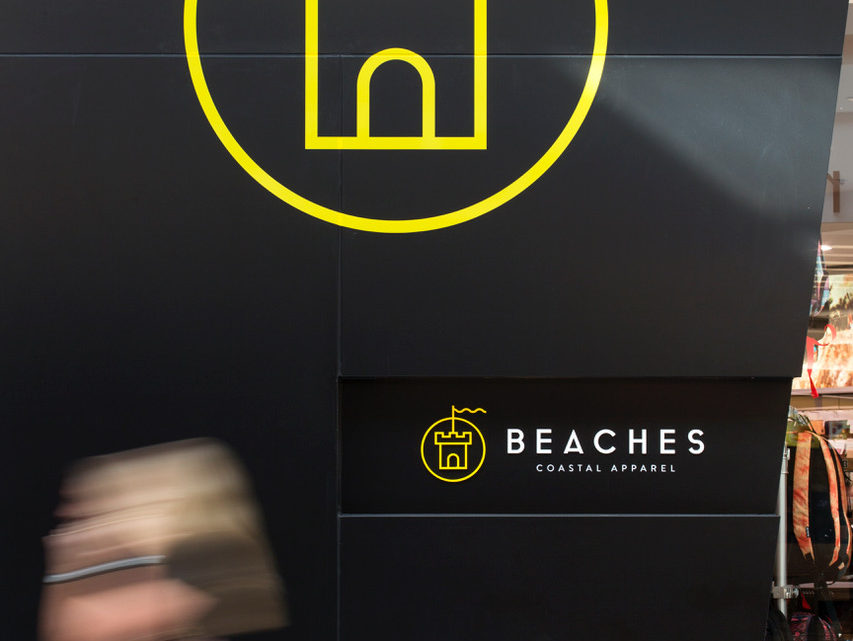 Retailer Spotlight; We Talk shop in SA with Beaches

You’ve worked in the snowfields of Victoria, on the Great Barrier Reef on Hayman Island and down through Byron Bay. Now you’re managing two growing retail shops, how did the decision come around to transition into retail and move back to South Australia.

The van we were travelling in blew up so I came back from Byron to help out Mum & Dad over xmas trade and ended up staying on. There were some pretty attractive incentives for first homebuyers around at the time and I suppose couldn’t keep being a Gypsy for the rest of my life.

Prior to Beaches, the Colonnades and Seaford outlets were trading under a different name. How did the decision come around to rebrand and rename the spaces?

We were approaching the end of a lengthy license agreement and to put it simply, we just needed change. The opportunity to create something fresh of our own was an exciting prospect and here we are. 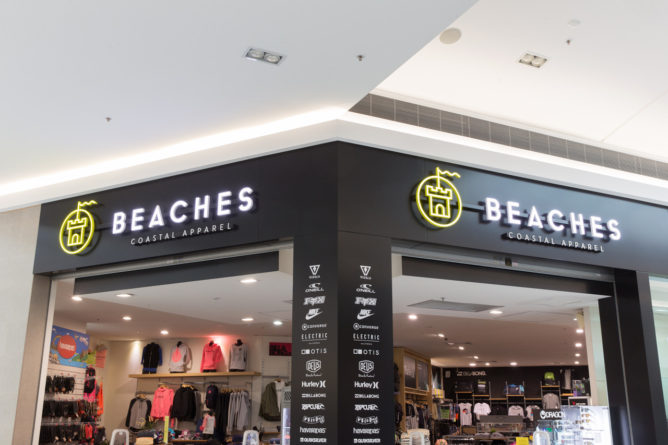 So many people talk about the difficulties in rebranding, from costs to brand association and a marketing strategy. You’re now over 3 years into Beaches and continuing to grow, can you reflect on the positives vs negatives and what you may have managed differently in the process looking back now.

It’s obviously not something you set out to do too often so doing it right was crucial. I was fortunate enough to have some pretty good advice prior to embarking on the re-brand so with that in mind, the timeline, budget and brief were all drawn up and I figured as long as we didn’t stray too far off that, we’d be alright. The only real challenge was naming. I had a pretty good short list down, only to realize every one of them was trade marked which was a massive oversight on my part. Beaches wasn’t even in the short list but we settled on that and got on with it.

As far as positives go, it’s a really exciting prospect to create & build a brand of your own from the ground-up. The experience gained along the way is pretty valuable too, I reckon. If I had my time again, I probably would have allocated more time for naming.

2016 marked the first time the Beaches stores took out the SA Retailer of the Year Award. As a relatively new retail space in SA how valuable is the award. What do you take out of it for yourself and the team in moving forward?

More than anything, it validates the efforts of our incredible team and people we have around us. We’re really fortunate to have such a ripping bunch of people to work with every day. It makes coming to “work” that much better. We allocated a lot of time & resources to the re-brand so it confirmed we made the right decision. It’s obviously pretty rewarding getting the nod from our brand partners aswell.

You talk about having an incredible team. You have a few full time staff as well as casual, what do you look for when you’re looking for key staff members to join the team.

I’ve always believed that good culture attracts good people. That might have something to do with why we never seem to advertise for staff. There’s no real checklist for us, we just look for people that fit the culture. Experience and a keenness for surfing is obviously preferable, though. 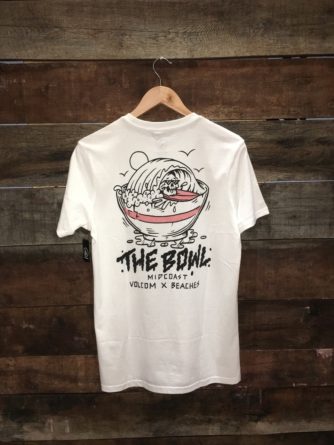 Beaches recently collaborated with Volcom and Jamie Brown on a tee shirt range. You’ve also started stocking smaller local SA brands such as Bersih thongs. How do you manage diversifying the product mix with the major brands and smaller local brands and collaborations?

The JB Midcoast tees came about over a few beers with a couple of legends at a product night. We were looking to do something that would seriously resonate with the midcoast locals and this was it. We’re so stoked with how they turned out and the response has been unreal. Part of the re-brand was to push the fact that we’re a locally owned, family business so supporting local brands just makes sense. With a lot of similar product in store and online these days, a point of difference is pretty important to us.

SA as a surf state and population wise is a lot smaller compared to the counterparts in the West and East . What issues/conditions do you think are specific to the South Australian market compared to similar stores and how do you deal with them?

We’re pretty unlucky down here when it comes to metro waves, so we lack the prominent surf culture that you see on the east coast. We really need to do our part to keep building it with our team of brand ambassadors, events and grassroots surfing.

As a wider picture, what do you see are the major challenges at the moment in the surf industry.

We’ve got two centre-based stores, so occupancy costs are our biggest issue. But as a whole, I think maintaining relevance and continuing to innovate is key. There’s that many more options out there these days, so keeping our stores looking sharp & maintaining the point of difference is more important than ever.

What’s in store for the future of Beaches

We’ve had a pretty shitty lead up to our peak trading period this year, so our immediate focus is on the next few months. With that said there are a few ideas in the pipeline, wether they come to fruition or not, we’ll have to wait & see.

Cool looking forward to seeing whats in store for the near future, thanks for your time Nick!

Previous post How to find the right fin for the customer