THE ELUSIVE ROOT OF A SUCCESSFUL BUSINESS 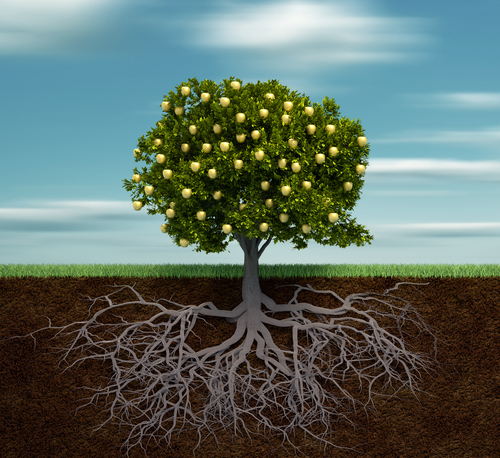 Does the magic formula exist?

Many years ago I decided to undertake a small Artificial Intelligence project – a program to predict TattsLotto numbers.

I began by loading my ‘big data’ (a few years of historical lotto results) and then developed quite a smart algorithm based on visual draw patterns. Once up and running, I was pleased to see that my trials showed that the program was able to predict lotto results with high accuracy.

Obviously, my experiments were aimed at historical draws so that I could compare my results with the actuals. The output looked good, and I purchased a lotto ticket with my sure-to-win numbers for the next week.

However, I only got two out of the six winning numbers. Consequently, I tweaked my algorithm so that is was now able to predict this result as well. But, the following week I still won nothing.

I gave up after about a year, having finally realised that attempts to find repeated patterns in a random process are futile. But, not everyone has learnt this lesson.

THE FUTILE SEARCH FOR THE GRAIL OF SUCCESS 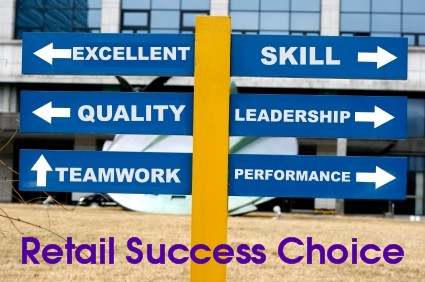 Having worked with at least a hundred retail businesses over the last 30 years, I repeatedly witnessed many organisations desperately trying to discover the formula that had made them successful.

They attributed their success to either their corporate culture, or their environmental credentials, or social conscience, or extraordinary employee perks, or staff incentive schemes, or their great supply chain, or the unique quality of their fabric, and so on.  Then, when the period of success came to an end, these retailers struggled to understand the reasons why. After all, they religiously applied their winning formulas.

My view is that searching for the alchemy of success is futile. The retailers tried to find events in the past to explain their present results, but correlation does not imply causation. Just like my lotto AI, where I was able to predict the most recent lotto draw, but I failed miserably when I tried to apply the same formula to predict the future.

“The retailers tried to find events in the past to explain their present results, but correlation does not imply causation.”

DOES LUCK HAVE ANYTHING TO DO WITH IT?

But, if success cannot be achieved based on a formula, then what is its source? Could it be just luck?

In his sixth book, titled Great by Choice, Jim Collins takes a closer look at the role of luck in the results of companies he analysed.

While Collins acknowledges the massive impact a stroke of good or bad fortune can have, he concludes that both successful and failed companies experienced a similar number of significant good and bad breaks. Interestingly, the unsuccessful companies had a few more lucky breaks than their successful counterparts. Therefore, he dismissed luck as the key prerequisite for success.

What Collins overlooked in drawing his conclusions was that his sample of companies was not statistically significant and that attempts to meaningfully compare just a few complex, massive events is next to impossible. It is like trying to compare wars, where such comparisons generate nothing other than an endless list of differences: geography, timing, duration, actors involved, weaponry, political climate and constraints, weather, mistakes, epidemics, religious and ethnic mix, etc.

Collins did not notice the fact that some of the lucky breaks constituted formative events that were crucial to the initial success of the organisations.

WHAT MAKES A BUSINESS SUCCESSFUL?

I have been fascinated by this question for years, and after much observation and study, I have come to the conclusion that success arises from three factors: great execution, a few, important lucky breaks along the way, and the lack of an ELE (Extinction-level Event). An example of the latter was Victorian legislation that abruptly banned the use of motorised ‘monkey mini bikes’ in 2014. A number of businesses selling them went out business within a week.

What does ‘great execution’ mean?  It encompasses quite a few elements: passion, focus, the ability to withstand obstacles, and solid discipline. In other words, a relentless and systematic push forward.

I guess it comes down to commitment: to do whatever it takes, no matter what. But, it needs to be done in a structured way, otherwise the return on your efforts could be diminished.

But, great execution is definitely not enough. I have seen instances where people and organisations demonstrated extraordinary levels of commitment and still failed to convert it into a great business outcome. This is where the strokes of luck come in. These are the random, formative events that act as a catalyst to convert the momentum gained through commitment into notable results. Lucky breaks are essential in the pursuit of success.

“My advice for continued growth is to simply retain the direction and get continually better at what you do.”

This is why I suggest that if you run a successful organisation, do not waste your time trying to discover the “magic formula” – it most likely does not exist. If success had a prescription, you would have been besieged by hundreds of equally successful competitors. My advice for continued growth is to simply retain the direction and get continually better at what you do.

Jim Collins’s book Great by Choice offers excellent guidance in this space, stressing the importance of consistency, evolutionary application of innovation (rather than internal revolutions), battle-testing new ideas before embarking on big projects, and building up reserves to cope with major catastrophes when (not if) they come. Sound advice indeed.

Andrew Gorecki is managing director of Retail Directions and a 30-year veteran of the Australian retail industry. He can be contacted at Andrew.Gorecki@retaildirections.com.

This column was first published by Inside Retail, Australia’s leading retail trade publication.

Are you fit for Christmas?