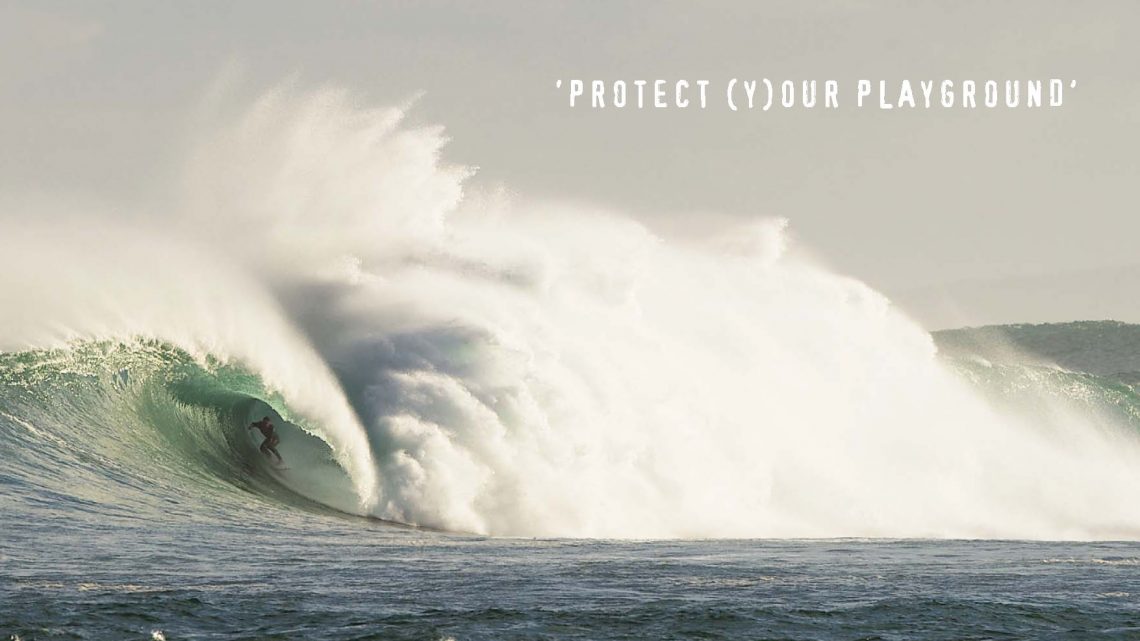 Last month we ran a story on the Fight For The Bight, a fast growing campaign to stop BP drilling for oil in the unique, pristine waters of the Great Australian Bight. The story was well received and it is an issue many within the surf industry and most surfers are concerned about. Sea Shepherd are one environmental group that is taking direct action to bring the issue to front and centre to the Australian public, but it takes resources to fund the fight. Kustom have partnered with Sea Shepherd, producing a collection that directly contributes to the organisations running costs. 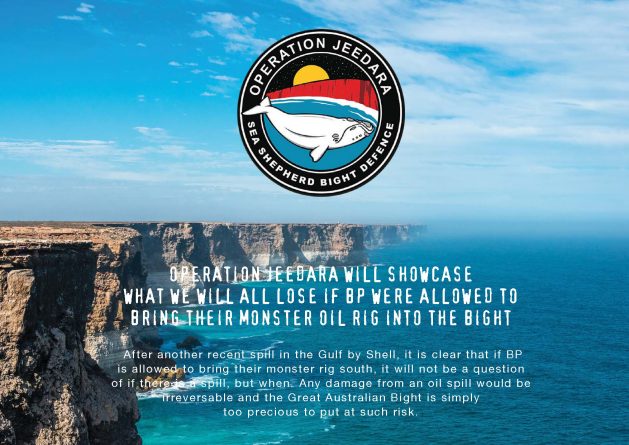 Here EVAN HALLIDAY from Kustom gives us the run-down on the collaboration with Sea Shepherd.

Sea Shepherd is a non-profit, direct action conservation organisation whose mission is to end the destruction of habitat and slaughter of wildlife in the world’s oceans. Kustom is a brand with deep roots in the surf industry, founded on the point breaks of the Gold Coast and designing products that complement surfers and encourage them to “GET OUT THERE”.

Most of you will know Sea Shepherd from their hugely successful campaigns to stamp out the poaching of Southern Right whales in their home sanctuary in the Southern Ocean and Antarctica. Sea Shepherd’s disruptive approach has helped save the lives of over 4,500 Southern Right whales in the last decade. One of its recent campaigns was Operation Driftnet, where Sea Shepherd pursued a fleet of Chinese fishing vessels in the Indian Ocean which was killing multiple species of marine life through the use of drift netting, a form of fishing banned by the UN since the early 90s. The indiscriminate kill saw the five kilometres of driftnet capture and kill species of pelagic fish, turtles, dolphins, seals and Mako sharks. Sea Shepherd found the driftnet owners documented their destruction and followed them back into port where they provided crucial evidence to have the offenders charged. Without the efforts of Sea Shepherd patrolling the high seas, this practice goes unnoticed and undiscovered.

Sea Shepherd patrols the world’s oceans, in stealth black, or grey camouflage battle ships, menacing those who seek to interfere with our oceans and the creatures that live there. Sea Shepherd sail underneath a black “Jolly Roger” flag, featuring a black background to signify the oblivion of extinction, and a human skull sitting above a crossed shepherd’s crook and trident, representing their aggressive approach to protecting wildlife and our precious marine eco system.

We at Kustom applaud Sea Shepherd’s “no holds barred” approach to conservation and Kustom is proud to be able to support Sea Shepherd in their ongoing mission. Seasonally Kustom will produce a limited collection of eco-friendly co-branded products with a portion of each sale currently being donated to the Sea Shepherd organisation. Kustom is proud to call itself a surf brand and as surfers our affinity with the ocean runs deep and in many ways every surfer on the planet should share Sea Shepherds official motto: “If the oceans die, we die.”

Sea Shepherd and Kustom both share a deep love of the ocean. The collaboration allows us to connect Kustoms product knowledge with Sea Shepherd’s ongoing conservation mission. Many products people buy have an impact on our ecosystem and here at Kustom we aim to reduce it bit by bit. 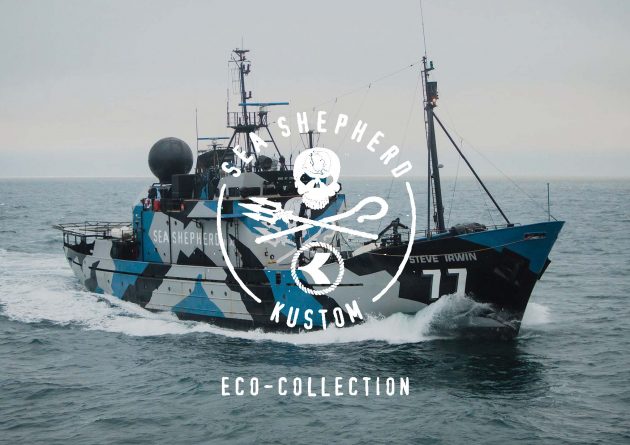 The Kustom X Sea Shepherd eco collection sets out to raise not only much-needed funds for Sea Shepherds missions, but also awareness of their fantastic cause. Throughout the collection we use organic cottons and organic canvases, Recycled PET polyester and recycled rubber to minimise our impact on the already fragile environment. The collection covers products from footwear to apparel and accessories and carries prominent collaborative branding. The success of the program has heralded over $100,000 in donations to Sea Shepherd to feed the volunteer crew, fuel the boats and fight the relentless war of illegal fishing in international waters. There is a huge appetite to support Sea Shepherd and what they do from the general public, and thanks to the network of surf retailers who currently support the program; consumers have a chance to support their local surf shop and Sea Shepherd. 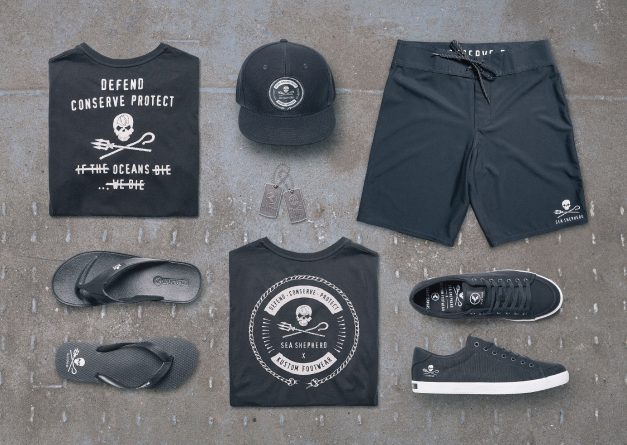 Our aim is to continue to design eco-friendly products that have a reduced impact on the ocean, and raise funds for Sea Shepherd and other marine conservation organisations so they can continue to do their part to ‘PROTECT (Y)OUR PLAYGROUND’