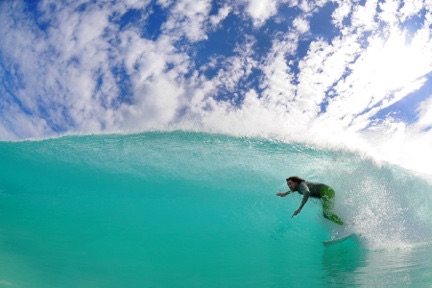 Ian “Wooly” Macpherson’s Star surf shops are something of an institution in West Oz, but in a business restructure he has closed the Perth stores. Trading conditions in WA have been tough since the end of the mining boom and to simplify life and get more time in the water Wooly is now focusing on his Mandurah store and on building his new surf school business.

Wooly is also a foundation member on the SBIA board, but has stepped down after five years and his contribution to the board and his laconic sense of humour will be missed.

“I think our industry owes a big thanks to Wooly,” said SBIA president Anthony Wilson. “Without his support and vision SBIA may likely never have eventuated. He’s a passionate bugger and hates losing, none more so than the Retailers V Brands tag team event! On a personal note I really admire the way he has navigated the past few years, even as the WA economy was in melt down and he was restructuring stores he kept contributing for the betterment of SBIA and our industry. It definitely won’t be the same without him!”

The last few months have been busy for Wooly as he restructured his business, but Reggae Elliss managed to recently pin him down for a quick interview.

How and why did you get into surf retail?

Kind of fell into it! There was a guy who set up a Miami Surf and Sail and he sponsored me when I was 12 or 13 and I used to work a couple hours a week cleaning the boards. I then worked in a couple of other local Mandurah stores and ended up getting sponsored by Clearwater surfboards and Crystals Surf in Rockingham. Rob Mcgavin owned them both and soon after I started working at Crystals, Toddy Taylor (now owns Country Waves in Dunsborough) purchased it off Rob and I stayed on and worked there. I later went on to manage Clearwater under Rob. Both Toddy and Rob taught me a lot about retail/wholesale surf industry. After that I moved over to the Goldy for a while and worked at Phantom Surfboards with Chris Garrett and then started Mandurah Surf Company in December 1998. I purchased Star in 2006 and JP Surf in 2007 and then rebranded all stores to Star. 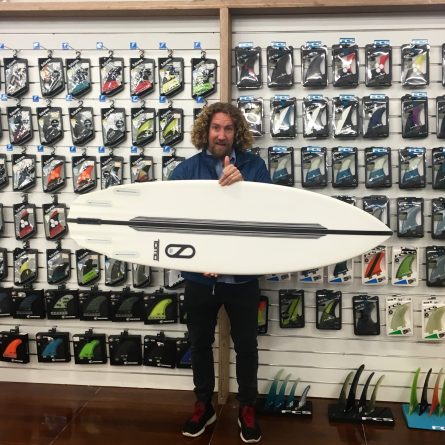 West Oz has had plenty of highs and lows over the past decade. What issues/conditions do you think are specific to West Oz and how do you deal with them?

The boom and bust of the Wild West. We came through a crazy growth period while the mining industry went mental, but that is well and truly over. Trade conditions are very tough at the moment and the whole state is a basket case. It’s all about getting yourself in the best position you can to weather the storm.

“We came through a crazy growth period while the mining industry went mental, but that is well and truly over.”

You have diversified into a surf school business as well as retail. Is one complementary to the other? Do you enjoy getting out there yourself and teaching people?

It is a really good bolt on business for a surf shop. We have always worked closely with a couple of surf schools but it’s even better now that we have our own. We are creating our own customers. I’m really enjoying the coaching, especially the SurfGroms programs! 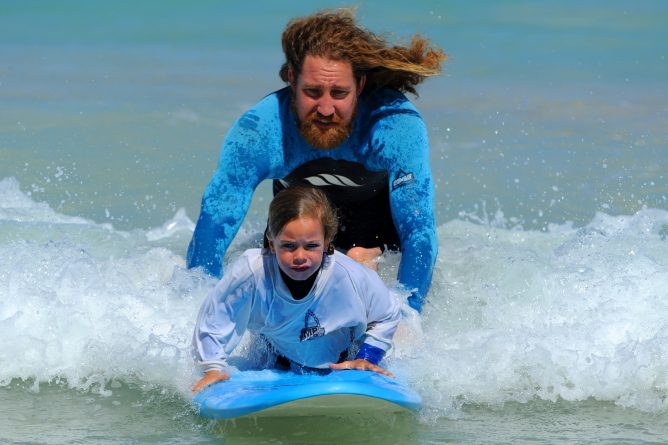 Why did you get involved as a board member?

I have always been involved on board riders committees and wasn’t doing that at the time and thought the idea of having an industry body would be a positive thing for the whole industry so I put my hand up.

What are the difficulties facing the surf industry at the moment?

The major one is over distribution both online and in bricks and mortar. The brands that have product that is on point and in limited supply are retailing well.

Do you see value in an industry association like the SBIA?

It’s been great seeing what impact SBIA has had, watching the four seasons evolve from a conversation at SBIA, the Surf Industry awards and now the move from paper catalogues to online ordering systems.

Is it something a smaller one or two door regional operator should be involved in?

Absolutely! Its free and you get that much great info from the site and the emails to help you improve your business, too easy!

Will you accept the role as captain of the retail team at the SBIA Awards?

Ha ha, yep! Love the tag team event that was my little baby! In the beginning there was talk of a golf day or something similar but we all work in the surf industry right? May the retailers power to more victories!