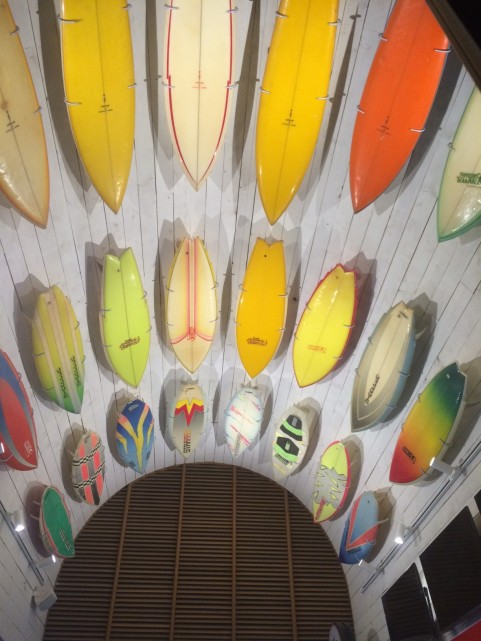 Why it makes sense in your store

Over the past few years LED lighting has become ever more popular, the main advantages being its energy saving and longevity over traditional lighting. LED lighting has a high lifespan of 50,000-100,000 hours meaning less maintenance required for replacing lamps, which can be not only costly but also disruptive to business. LED lights also consume up to five times less power than a conventional light bulb to produce the same light output. However these are not the only advantages as LED lighting has many other benefits in commercial lighting. Here are a few more points to consider when making your lighting decisions.

Unlike other light bulbs, LED lights contain no gasses, while many traditional lights may contain chemicals like mercury. As such, LED lights are completely recyclable which in turn helps us reduce our carbon foot print. LED lights are up to 80% more efficient than traditional lighting such as fluorescent and incandescent lights. 95% of the energy in LEDs is converted into light and only 5% is wasted as heat. This is compared to fluorescent lights which convert 95% of energy to heat and only 5% into light! LED lights also draw much less power than traditional lighting – a typical 84 watt fluorescent can be replaced by a 36 watt LED to give the same level of light. Less energy use not only saves money, but also reduces the demand from power plants and decreases greenhouse gas emissions.

95% of the energy in LEDs is converted into light and only 5% is wasted as heat. This is compared to fluorescent lights which convert 95% of energy to heat and only 5% into light.

Led Lights also emit close to zero UV which in a retail application like a clothing store is ideal, as merchandise won’t fade. This is also an important consideration in other area like artworks in galleries or museums and antiquities. Another benefit of LED’s having no UV emissions is that insects are not attracted to LED lights. LED lamps are therefore ideal for use in the food industry and as well as buildings which run external lighting for illumination.

LED lights also produce very minimal heat, which can be an advantage in many categories. In a commercial installation where metal halides or halogen bulbs where traditionally used the area would be heated by this light source which in turn would mean having to have run air-conditioning at a much more constant rate. Products could not be place too close light source as it may be ruined or, in the case of fresh food, it would spoil it. LED lighting eliminates most of these issues.

Traditionally in commercial installations, we would be inclined to install metal halide lighting toproduce the light levels we desired and to keep our wattage per square metre down to a minimum. This lamp was commonly used as it rendered characteristics of 70-90 lumens per watt. However the problem with these lamps is if there’s a blackout or they were accidentally turned off they need to cool down before they could come back on, which can take up to 15 minutes. With LED this has been eliminated. LED can be turned on and off instantly no warm up time, no flickering and no cool-down time to restrike. Also with recent improvements to LED lighting Led chips can achieve levels of 100+ lumens per watt which is a great advantage, as it is greater than metal halide and more than double of your conventional halogen down lights.]

Traditionally in commercial lighting we tend to use metal halide (HID) or fluorescent lamps. Which usually meant no dimming or in the instance of fluorescent dimming it required extra wiring for special dimmers. When dimming was essential we then reverted to the old incandescent bulb and also halogen down lights as they could accommodate for phase cut dimming. With LED we can now achieve the same ability of phase cut dimming which means we can a fixture as bright as a 35w or 70 metal halide and dim the lights to create different ambiences.

* Linda Waterson is from Kreuger Shopfitters, one of Australia’s leading shopfitting outfits.